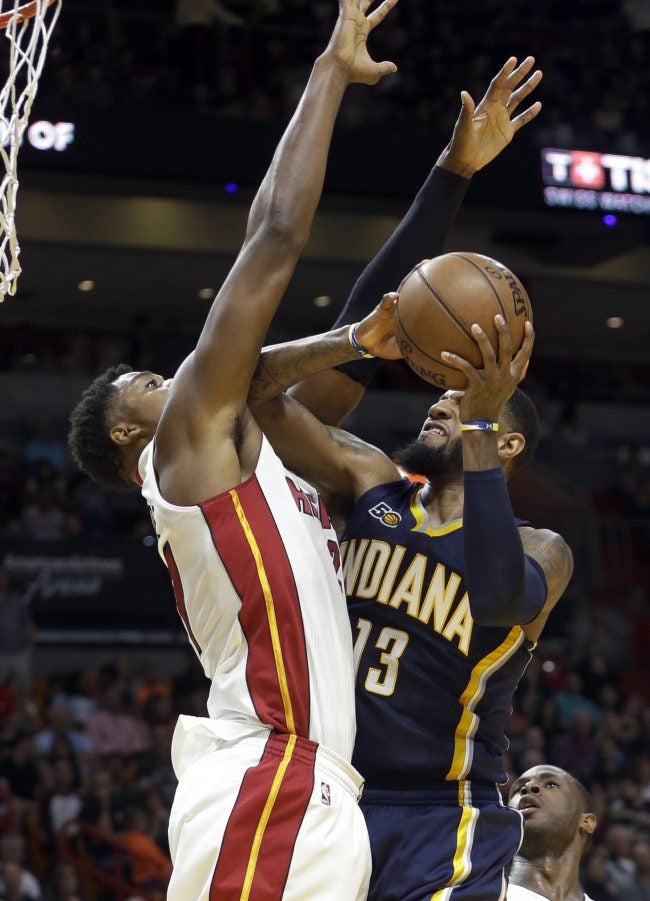 Goran Dragic added 21 points and James Johnson had 15 for Miami, which outscored Indiana 30-16 in the fourth. The Pacers played most of the second half without All-Star forward Paul George, who was ejected after getting two technicals on separate plays early in the third quarter.

It was the 16th win in the last 18 games for the surging Heat, who moved within 1 1/2 games of idle Detroit for the No. 8 spot in the Eastern Conference. Miami also topped 100 points for the 16th consecutive game, extending the franchise record.

George has appeared in 20 games at Miami, with the Pacers going 2-18 in those – including losses in each of the last 11. And he left this one likely more frustrated than usual in Miami.

George was ejected for the third time this season after he and Heat rookie Rodney McGruder – who was guarding George for much of the night – had some exchanges early in the third quarter. The first came with 10:45 left, when both were assessed technicals after pushing and shoving. The next technical for George came just 1:56 later, issued by referee Gary Zielinski on a play that lacked any contact.

There initially seemed to be confusion, since George stayed on the court while Dragic shot the free throw for the technical. Referee Bill Kennedy confirmed with the scorer’s table that George was ejected for two techs, and after slapping hands with a few of his teammates in the bench area, the All-Star walked off without incident.

The Pacers rallied without George and briefly regained the lead, though the Heat eventually pulled away.