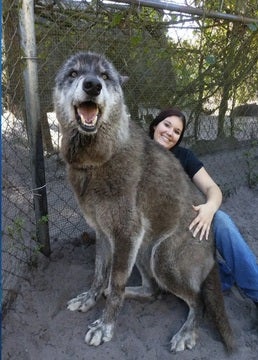 TAMPA, Fla. (WFLA) – A photo of a giant wolf rescued by a sanctuary in Naples is going viral on social media.

“Yuki” was dropped off at a kill shelter at 8 months old, that’s when the sanctuary stepped in to provide a home for the big guy and he has been with the shelter since 2008.

Yuki is one of the highest content wolfdogs at the sanctuary where he is currently staying.

The photo has attracted a lot of much-needed attention, helping to raise awareness for “Yuki.” He is terminally ill with blood cancer and is not up for adoption. He will live out the rest of his days at Shy Wolf.

If you would like to learn more about Yuki and other wolves at Shy Wolf Sanctuary, visit the organization’s website.