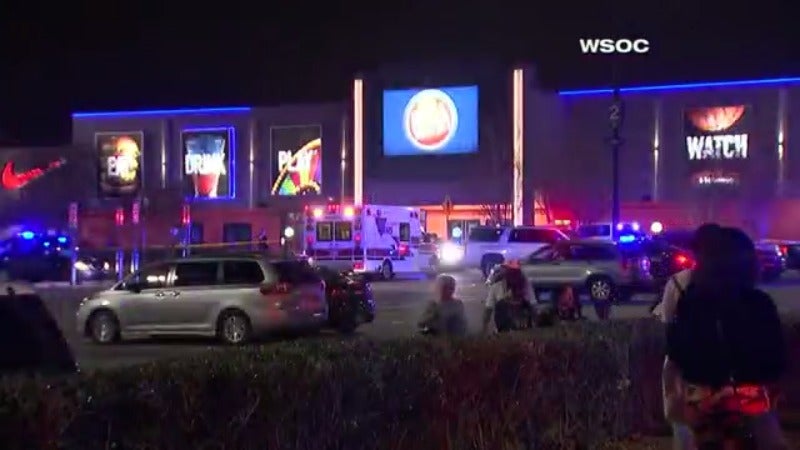 CONCORD, N.C. (WISH) — Police say a 13-year-old girl was killed and two boys were injured in a shooting at a shopping mall Saturday night.

The shooting happened in the parking lot of a Dave & Buster’s at Concord Mills mall.

The girl died at the scene, police say. The two boys, both younger than 16, were taken to a hospital and expected to be OK. The names of the victims have not been released.

Police say the the boys were in the wrong place at the wrong time.

Authorities say initial reports indicate the shooting started as a fight in the parking lot of the business that offers family friendly dining and arcade games.

Police have not said if any arrests have been made or released any suspect information.