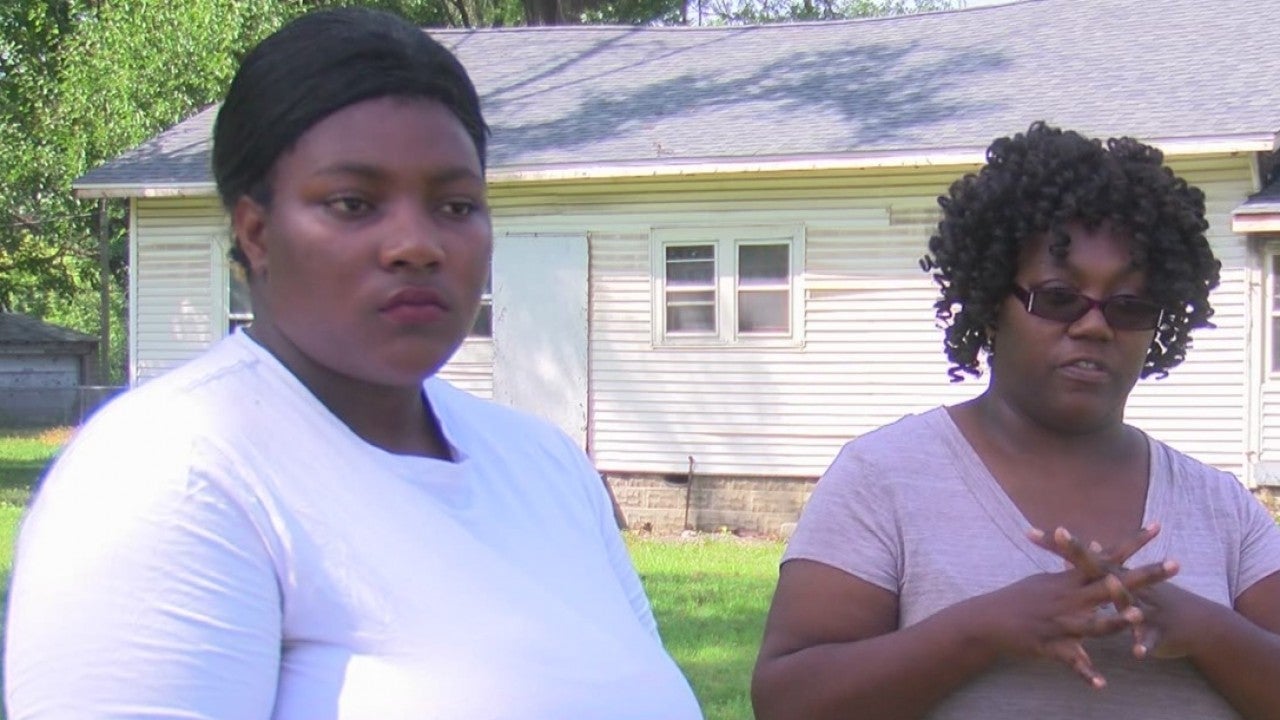 INDIANAPOLIS (WISH) — A man on Wednesday tried to abduct two sisters at their bus stop.

One of the girls fought off the attacker, who ran away and on Friday remained on the loose.

It happened near East 25th Street and North Keystone Avenue on the city’s east side.

The walk to the bus stop is just a couple of blocks from where 16-year old Bryonna Pearson lives. But, she’s no longer walking the route alone. On Friday, she walked with her mom, Nada Scott.

On Wednesday, Pearson walked with her 5-year old sister. The teen said a man started shouting at them.

“That’s when I put my sister behind me to protect her. He grabbed my arm with pressure,” she said. “He pulled me like this, but harder, and I fought back and I snatched away with force.”

When Pearson yelled that she was calling the police, the man ran off. The bus picked up her sister, and Pearson ran home.

“The panic in her voice. I knew that it was something serious because she was, like, shaking. She couldn’t really hold her composure,” Scott said.

When Pearson explained to her mom what happened, Scott immediately tried to track down the suspect.

“I jumped in my car since he was on foot to see if I could locate him and keep him in sight until police arrived. But, we couldn’t find him anywhere,” Scott said.

After police left, Scott took her daughter to the hospital, where she received an X-ray. Pearson checked out fine physically. Emotionally, the healing will take time.

Pearson described the suspect as a male in his mid 60s with a beard, mustache and some gray hear. He wore at tan button-up shirt, black pants, a brown and black baseball cap and black work boots.

Call Crime Stoppers of Central Indiana at 317-262-8477 with any information that could help investigators in this case.