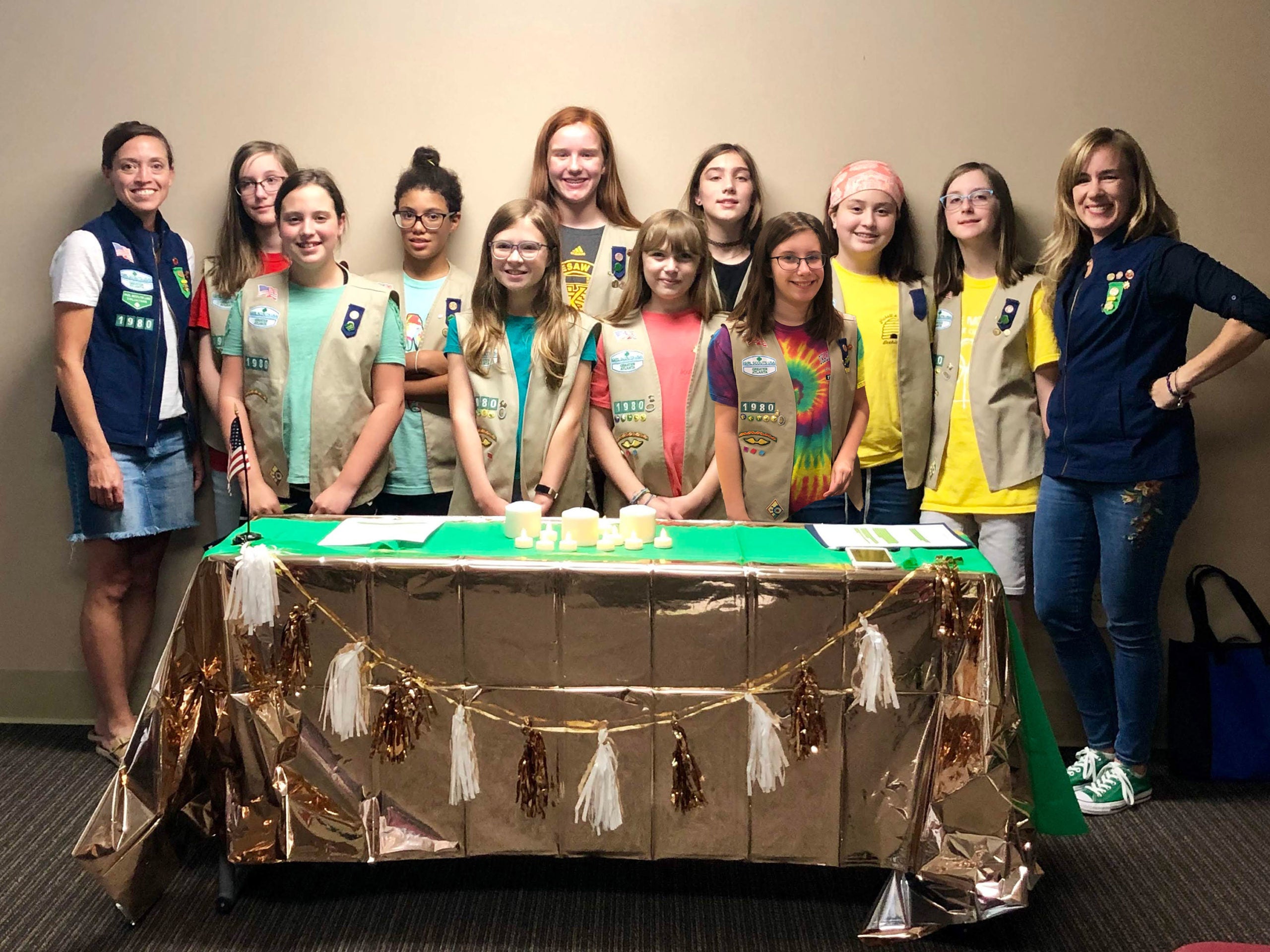 ATLANTA (CNN) — It started as a fun pajama party for 10 sixth grade girls who make up Girl Scouts Troop 1980. It quickly evolved into something with much greater purpose and reach: A new book to help child abuse victims in their healing process.

The girls in the metro Atlanta troop were tasked with brainstorming a new community project. They came up with the idea of a quote book to help kids who may be going through difficult situations.

That was over the summer. After months of hard work, their book, Sparks from Fireflies, is just doing that.

“It’s exciting because it not only started from them, but it came from their heart,” Lisa McAbee, one of the troop’s leaders, told CNN. “It was just incredible to be a part of it and say ‘what if’ and see them take those ‘what ifs’ and extrapolate it forward into something beautiful.”

The book is made up of illustrated quotes, all of which were selected and drawn by the girls. The quotes are meant to be sparks — “a night light for the darkest nights,” as the book cover explains.

The book also includes coloring pages and writing prompts that are designed to be therapeutic.

Initially, the troop created it for the children at the SafePath Children’s Advocacy Center. The center, in Georgia’s Cobb County, offers services for children who are victims of trauma.

The books will allow children to “read an inspirational message each day that will help them move past their abuse, past victimization, and thrive,” Jinger Robins, executive director of the center, told CNN affiliate WSB.

Troop 1980 wants to print 1,000 copies of the book so that every child at the center receives one, but cookie sales won’t cover it all. The girls have set up a GoFundMe to help reach their goal.

With final publishing expected in February, McAbee says their next step is to have the book available for purchase on Amazon so more children can be inspired and healed.

“We want it to have an impact on other communities and places where kids are at risk and need a little bit of hope,” says McAbee. “And this hope can be given by another kid in the form of a book.”