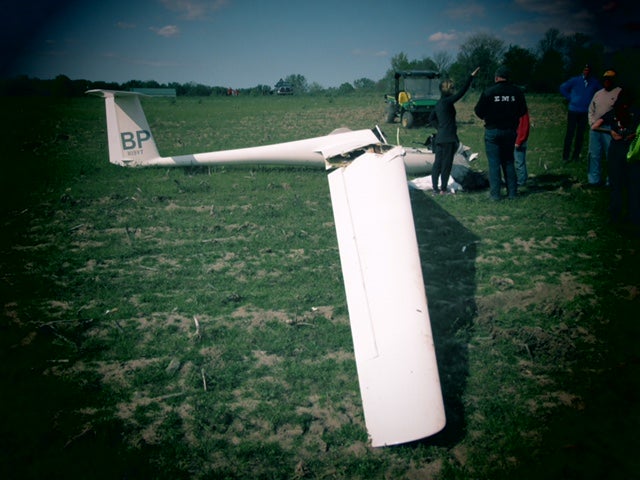 MADISON COUNTY, Ind. (WISH) — A glider pilot was taken to the hospital after crashing in Madison County Sunday afternoon.

Richard Smith, 65, of Greentown said he crashed the 1976 Schleicher ASW-19 sailplane after getting caught in a downdraft, according to the Madison County Sheriff’s Department.

He said the glider hit the ground nose first and then the right wing caught the ground, knocking the craft back about 30 feet, according to the sheriff’s department.

Smith was transported to the hospital with minor injuries.

Federal Aviation Administration officials will be on site to investigate the crash Monday.

All INdiana Politics: Braun on removing the filibuster, vaccine mandates