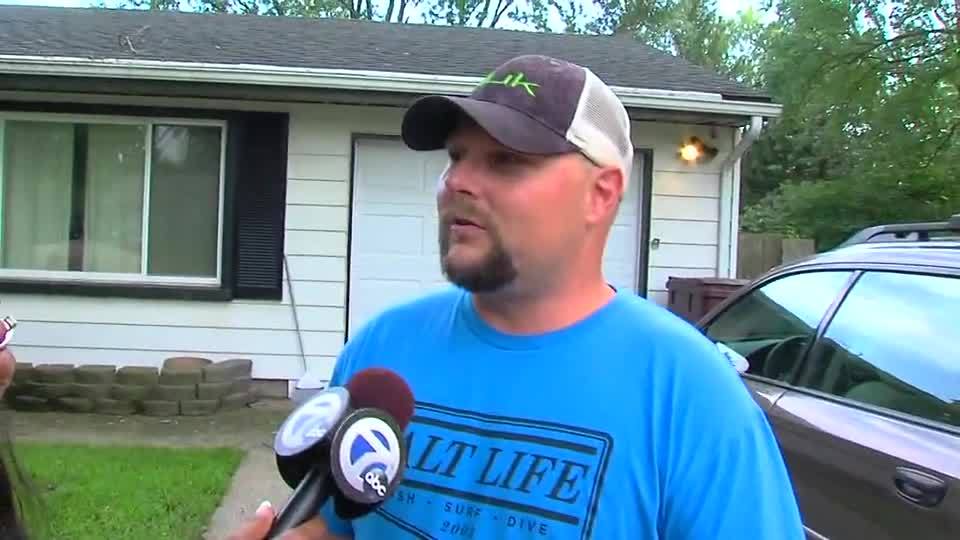 BELLEVILLE, MI (WXYZ/CNN) — A Good Samaritan found himself in a bad situation on a Metro Detroit highway.

Now, his close call is going viral on social media.

He wants to alert motorists to beware and trust your instincts.

“I heard the horror stories,” said John Hadyniak who had a close call on Interstate 94 near Detroit.

The incident occurred around 10 p.m. Sunday.

Hadyniak was heading home when he was moved to action.

“I saw a lady on the side of the road changing a flat tire,” Hadyniak said.

His first thought was to stop and give her a hand.

He stopped but he did not lend a hand because his red flag radar, lit up like July Fourth.

Hadyniak, a mechanic by trade, noticed something strange.

“The trunk on the car was closed and I noticed there was no plate on the trunk of the car,” he said. “I noticed that was no jack and she had a tire iron with her and things didn’t add up, it was just a bad gut feeling.”

Thank goodness, Hadyniak listened to that voice in his head.

“I put the flashlight on her, when I got out of the car,” he said. “And about 15 feet off the side of the road there was a guy laying in the grass. I hit him with the light he got up and jumped in the car, took off down 94.”

In that moment and even now, the “what if’s” are still swirling around in his head

“Worse case scenario, I could have got bopped in the head with that, laid dead on the side of the expressway, robbed me, stole my car (and) everything if I wouldn’t seen him it would have been bad news,” Hadyniak said.

He posted the incident the foiled plan on Facebook, warning others to be smart and beware.

He also contacted police and gave them a description of the car, a silver Nissan.

“Gives me goosebumps, I freak out every time I talk about it, that “what ifs” are so many,” he said.