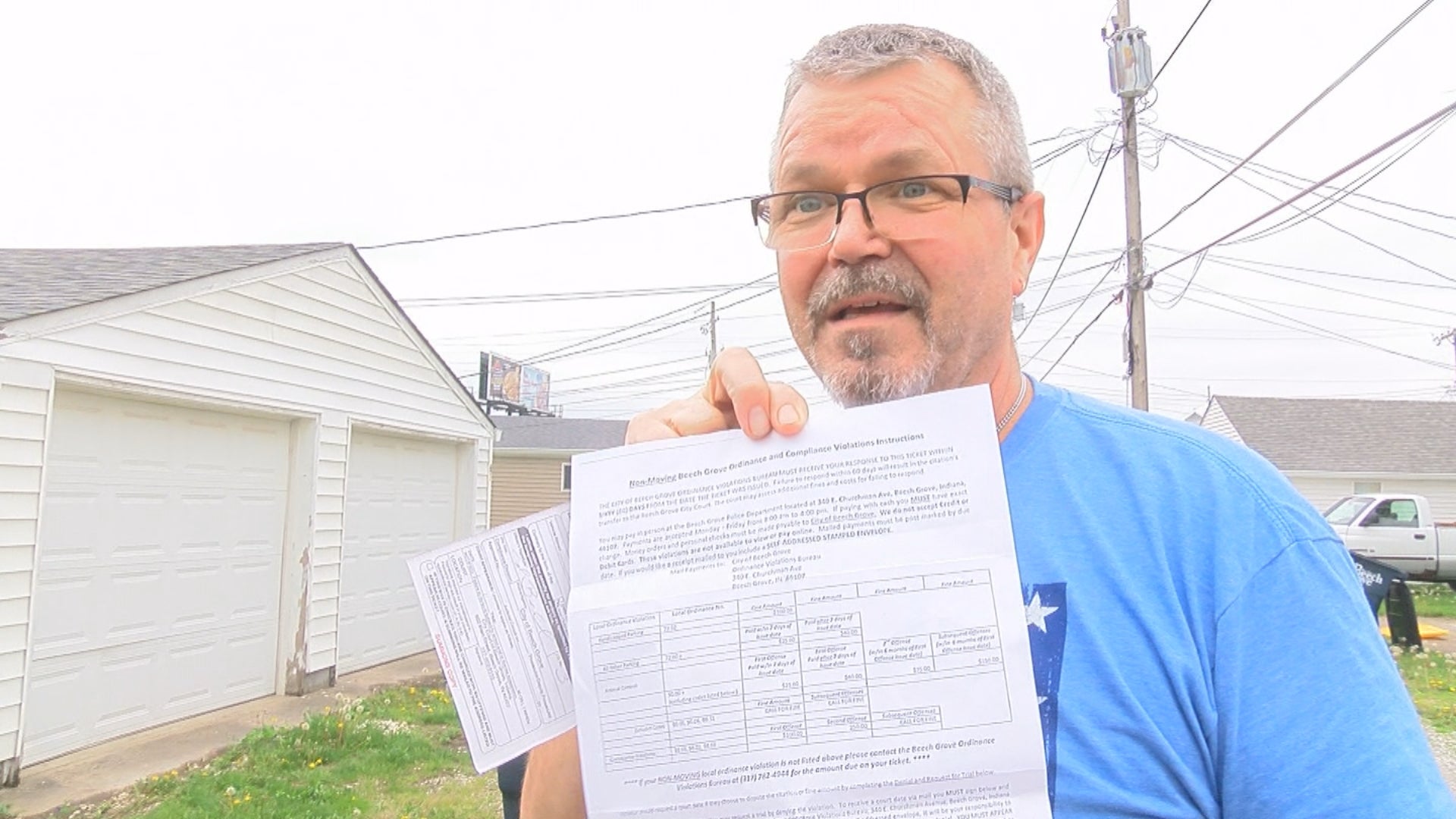 BEECH GROVE, Ind. (WISH) – Some people living in Beech Grove are frustrated after they received what looked like a ticket for violating city code.

They’re worried problems with their house numbers could cost them fines.

A number of people on social media said they had received what looked like a ticket in the mail for not having their address clearly marked on their homes.

News 8 took a look at the city code and found out the code has been on the books for a few years.

What came in the mail was just a warning, but some residents who received it said they were still confused by information the city provided and were uncertain whether they had been fined.

Paff said he was livid when he got this citation in the mail. He said he’s one of at least three people on his block who got one.

According to Paff, the garage behind his house isn’t labeled up to city code, but the letter that came with the warning citation doesn’t address the housing numbers at all, leaving him and his neighbors confused.

“Do I owe you money? For this one that’s not listed on this piece of paper? This is a actually piece of Beech Grove government paper that you send somebody. So that means it’s legit? It’s not on there (the letter), but it’s on here (the citation)?” said Paff.

Pierce said his department uses three or four different GPS methods to find houses, but without the house numbers visible, it can be hard to find the right place when seconds matter most.

“People sometimes don’t realize how important it is for us to be able to find the correct address,” said Pierce.

News 8 did some digging to find out what residents need to do.

The ordinance says all house numbers on the front of the home must be at least 3-4 inches tall and homes with garages or access off an alley must be correctly labeled, too.

The warning that came in the mail to some residents doesn’t explain any of that. Instead, it lists other ordinance violations, including vehicle and animal control issues, and tells homeowners to call the city for more information if the ordinance is not listed.

“Why don’t you pass out the numbers free like you do the smoke detectors? You know, have a little more compassion for people. You send them a letter, well when we bought the house and eveyrone came out and inspected it, why didn’t you tell me then?” said Paff.

News 8 reached out to the city of Beech Grove to see why officials appeared to be focusing on this part of city code right now. News 8 didn’t hear back on Friday night.

Here’s what residents need to know about those possible fines: