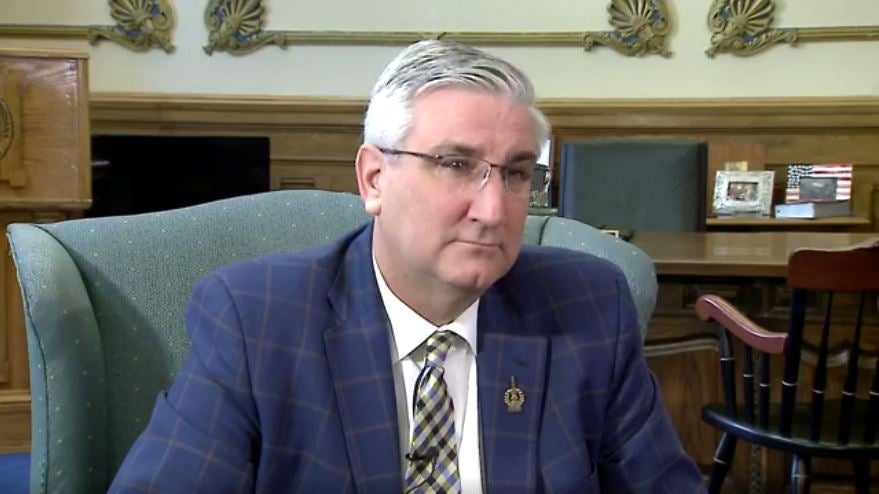 This video with this story is David Williams’ entire interview with Gov. Eric Holcomb.

INDIANAPOLIS (WISH) — Should Indiana teachers expect a pay raise over the next two years?

Is the state ready to put tighter rules on smoking and vaping?

Those are hot-button questions facing Indiana, and Gov. Eric Holcomb addressed them Wednesday in an interview with News 8.

So, News 8 asked the governor: As Michigan and Illinois are going green, is Indiana destined to legalize marijuana?

“I’m not ready for legalize it all because of these potential adverse effects we’re seeing all around us for the pursuit of money. However, sympathetic to a medicinal perspective, we need to learn more.”

Weeks ago, thousands of Hoosiers teachers rallied at the Statehouse for a boost in pay, resources and school funding.

A commission has been studying potential teacher pay raises, so News 8 asked if the governor can guarantee teachers will see a pay raise after the 2021 legislative session.

Health officials said vaping is one of the biggest threats to the health of teens and kids.

Does Holcomb think the age to buy tobacco, vaping liquid and e-cigarettes rise to 21?

“I do. I think vaping and cigarettes, and it’ll be on my agenda and vaping.” Holcomb said.

A state disciplinary commission received recommendations Tuesday about the future of the law license of Attorney General Curtis Hill. The commission recommends the Indiana Supreme Court suspend Hill’s law license for two years. Hill faces allegations that he drunkenly groped four women, including a state lawmaker, at a bar in 2018. Hill fiercely denies all allegations. A special prosecutor cleared him of any criminal charges.

Hill has said he will see a second four-year term in the 2020 election. News 8 asked the governor if he plans endorsing someone else for the attorney general’s job in 2020.

“Well, premature to say at this point, because the legal process is still playing out on three different cases. I’ve said what I believe is that he should resign. That’s where I remain,” Holcomb said.

Lastly, something fun. The governor’s dog, First Dog Henry Holcomb, had tweeted earlier in the day “what is Governor Holcomb getting me for Christmas?”

“Haha!” Holcomb said with laugh and a smile. “He’s a clever one, that Henry. Tell him I’m gonna get him an elliptical so we can spend more time together.”