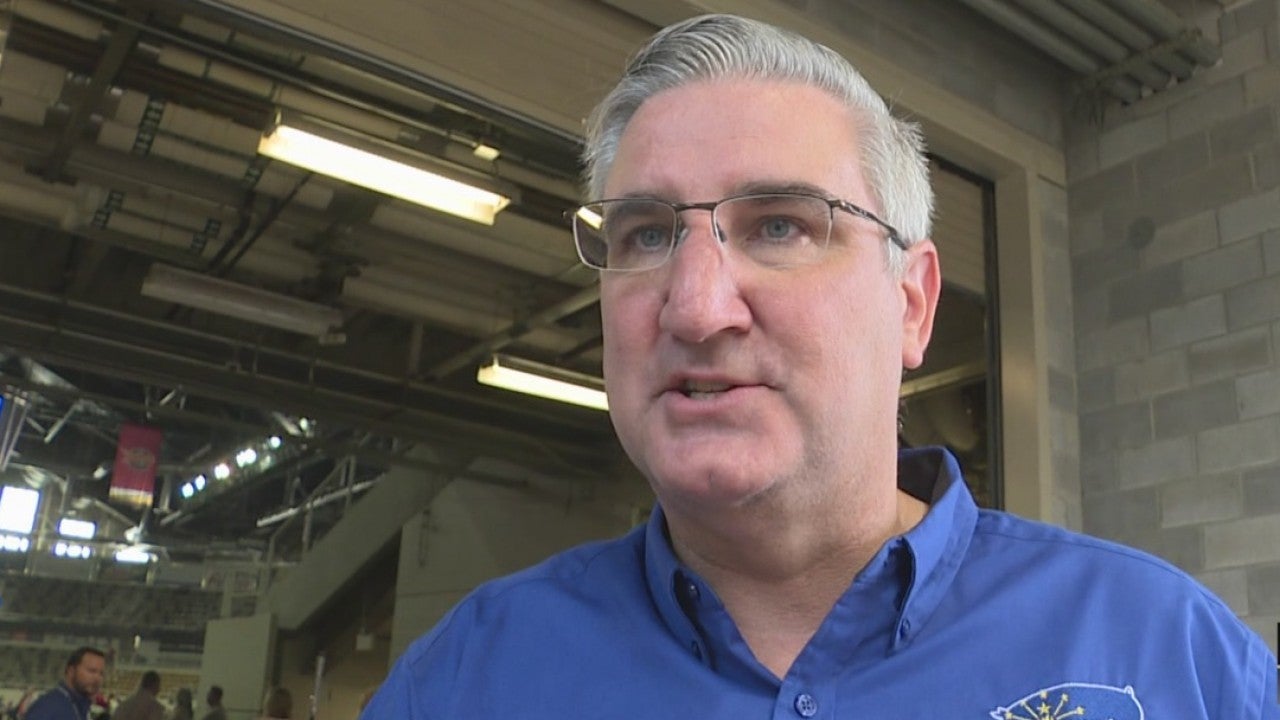 Holcomb said he’s read every word of the state’s school security task force report since his office received it on Wednesday, and said “it’s a good document.”

News 8’s David Williams asked Holcomb to give a hint of what’s inside the document.

“It’ll deal with what’s on people’s minds. Schools… the actual physical facility. Making sure that it’s secure and some ways to do that. It’ll touch on some mental health issues that we need to be ever mindful of,” Holcomb said.

On Monday, following a weekend investigation into anti-Semitic vandalism at a Carmel synagogue, Holcomb spoke out in favor of hate crime legislation. On Friday, he said he’d been encouraged by what he heard about the issue statewide.

“I’m hearing from a lot of folks who think now is the time. It came up short last session this past year. But I think the time’s right. We’re starting to hear from folks all across Indiana who would like to get past this. I’m not just willing, but going to help,” Holcomb said.

Since News 8 spoke to Holcomb at the State Fair, we also asked about tariffs and their impact on Hoosier corn and soybean farmers.

“I think everybody agrees with the long-term desire to make sure we have free and fair trade around the world. We want to make sure that, long term, we can get through it, through the short term, so that everything is all equal,” Holcomb said.

When asked about the investigation into allegations of inappropriate touching against Attorney General Curtis Hill, Holcomb said, “You’ll get the update when I do.” He said the investigation was in the right hands, with the Office of Inspector General, and help from Fort Wayne attorney Daniel Sigler, appointed as special prosecutor in the matter.