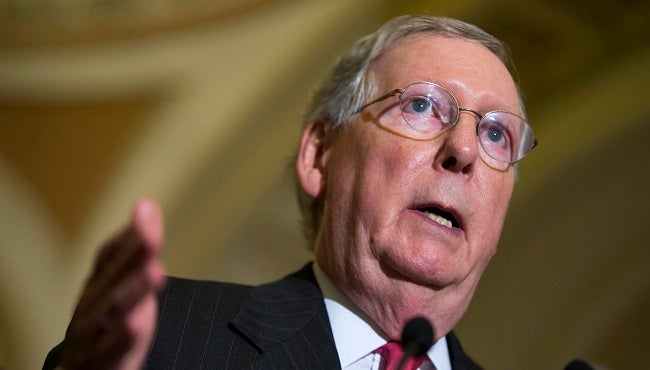 WASHINGTON (AP) – A government shutdown Oct. 1 could immediately suspend or delay food stamp payments to some of the 46 million Americans who receive the food aid.

The Agriculture Department said Tuesday that it will stop providing benefits at the beginning of October if Congress does not pass legislation to keep government agencies open.

“If Congress does not act to avert a lapse in appropriations, then USDA will not have the funding necessary for SNAP benefits in October and will be forced to stop providing benefits within the first several days of October,” said Catherine Cochran, a spokeswoman for USDA. “Once that occurs, families won’t be able to use these benefits at grocery stores to buy the food their families need.”

USDA on Friday sent a letter to states asking them to hold off “until further notice” on starting the process that distributes benefits at the first of the month.

The Agriculture Department declined to give details on why the automatic funding would not continue. In the 2013 government shutdown, food stamp dollars were not affected.

Democratic lawmakers briefed by the department said USDA does not have enough money in reserve to pay a full month’s benefits and a partial government shutdown would affect recipients in states that pay out their benefits at the first of the month. They said the department had extra dollars two years ago but that this time around it does not have enough additional reserves.

Democratic Sens. Jeff Merkley of Oregon and Debbie Stabenow of Michigan said benefits could potentially be delayed even if there is a last-minute agreement on a spending bill, since it could take a few days for the department to process the money once a bill is enacted.

“It’s a cash flow issue at this point that will be even worse if there is an actual shutdown,” Stabenow said.

Rep. Rosa DeLauro, D-Conn., said she had been briefed by Agriculture Secretary Tom Vilsack on the issue. She said a suspension of benefits could be especially destructive because some SNAP recipients run out of food at the end of the month, just before the benefits kick in.

Republican leaders in Congress are racing to avert a government shutdown next week when the budget year ends and a temporary funding bill is required to keep agencies operating. The process has been complicated because of a battle over federal funding for Planned Parenthood and the group’s involvement in the practice of procuring tissue from aborted fetuses for research purposes.

Sen. Pat Roberts, the Kansas Republican who is chairman of the Senate Agriculture Committee, said Democrats concerned about SNAP dollars should vote for the Republican Senate bill that would keep the government operating through Dec. 11 and block Planned Parenthood’s federal funds for a year. Democrats are expected to block that measure later this week.