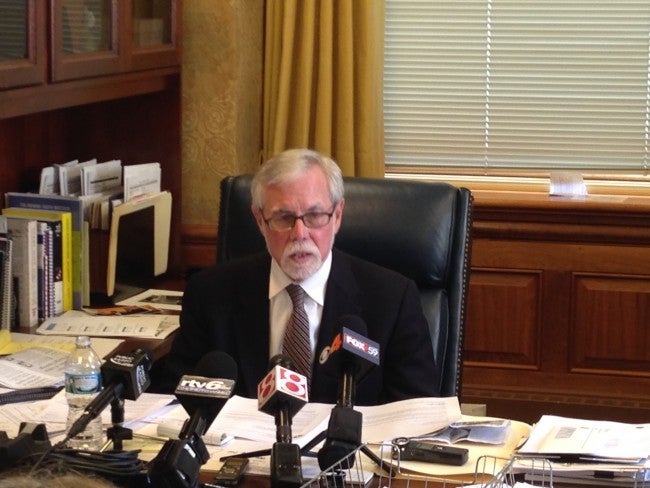 INDIANAPOLIS (WISH) – Indiana is about to hire 100 new caseworkers for the Department of Child Services.

It is the governor’s reaction to an outside study that found that despite the addition of over 100 people last year and more than 200 the year before, DCS is still understaffed.

It is a circumstance that threatens the safety of high risk children in this state.

Gov. Mike Pence reacted by making a call for $15 million in new spending over the next two years to hire the 100 additional caseworkers as well as 17 new supervisors.

“We want to make sure not only that we’re meeting our statutory obligations in terms of the standards that have been set,” said Pence, “but we just simply want to do right by our kids.”

State Senate Minority Leader Tim Lanane, who has been calling for more funding for DCS for months, said it will remain a top priority for Democrats.

“The department study confirms that those standards are valid,” he said in reference to recommended caseloads, “that we do need additional caseworkers and staff to come in compliance and the plan now is to get that funding to make sure that that happens.”

Lanane said it’s a good day for the protection of children and that in this case, the system worked.