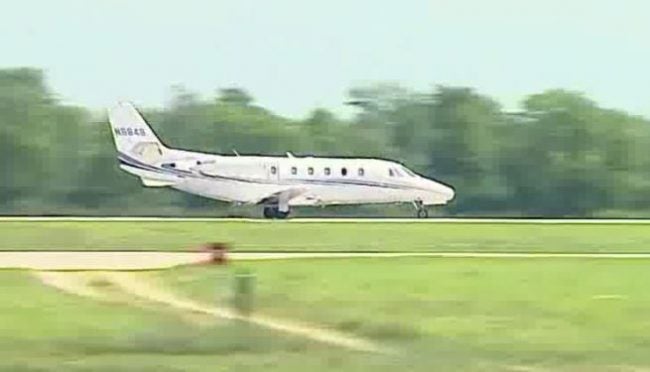 INDIANAPOLIS (WISH) — Indiana’s governor has landed in New Jersey and appears to be Donald Trump’s pick for running mate.

Gov. Mike Pence boarded a jet just after 4 p.m. out of Indianapolis Regional Airport in Greenfield. 24-Hour News 8 was there as the plane took off.

The plane landed in Teterford, New Jersey just before 6 p.m.

CNN is reporting that Donald Trump has chosen Pence to be his running mate.

Trump was set to make the announcement official on Friday morning, but the presumptive GOP nominee postponed the event following Thursday night’s attack in France.