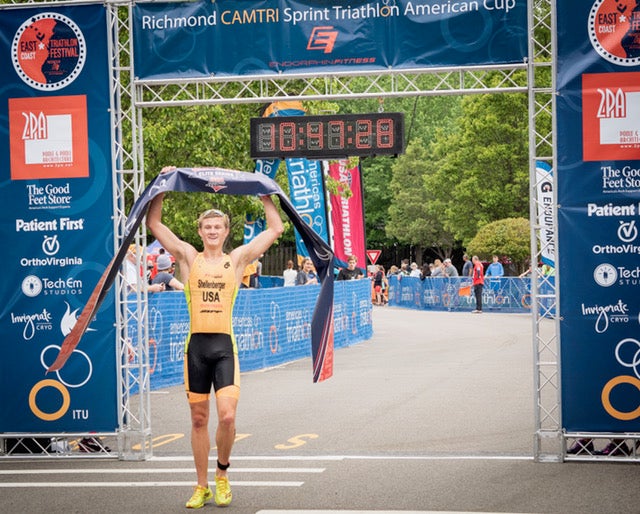 Before the Southport High School junior competed on the cross-country, track or swim teams – even before he entered kindergarten – he completed his first triathlon.

“I ended up whistling the entire bike course. I had a wing-ding of a time and I’ve loved it ever since,” Shellenberger said of his first race at the age of 4.

His father, Todd, has a 25-year-long triathlon racing career. He described that his own training included his children from infancy.

“Usually vacations or anything, there’s something revolving around triathlon so it’s been a pretty big part of our life,” Todd Shellenberger said.

Despite coaching the sport himself through the Tri Tornadoes program at the Baxter YMCA, the senior Shellenberger said he and his wife rely on their son to direct his path in the sport.

“We’ve tried to stay out of it as much as possible. He really kind of has to come and beg for us to really push him but he just seems to kind of put those pieces together and that’s the way it’s worked out really well,” Shellenberger said. “He’s 16-years-old so we’ve really tried to keep the focus off of getting too serious yet.”

On July 1, Shellenberger was the highest-placing U.S. finisher at the CAMTRI Triathlon American YOG Qualifier in Salinas, Ecuador to earn a spot in the Youth Olympic Games.

The competition will be held in October in Buenos Aires, Argentina.

“My best shots for the actual Olympics are either 2024 or 2028, in (Los Angeles). If I could compete in the Olympics when they’re at home, that would be amazing but really you’ve just got to keep your head down, keep working and the opportunities will come when it’s time,” Drew Shellenberger said.