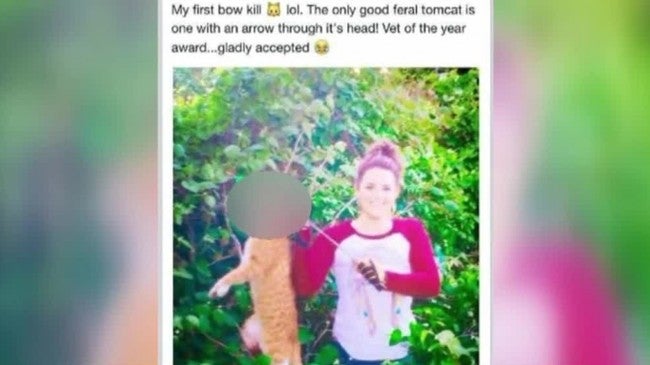 BELLVILLE, Texas (AP) – A Texas grand jury has declined to indict a veterinarian who bragged on social media about killing a cat with an arrow.

The Austin County district attorney’s office said in a statement Wednesday there was insufficient proof to indict Dr. Kristen Lindsey for animal cruelty.

The statement says investigators received an unconfirmed report that Lindsey may have believed the cat was rabid and shot it to protect her animals.

A picture on Facebook that was later removed showed her holding the cat by the arrow shaft.

The clinic where Lindsey worked in Brenham, northwest of Houston, said in April that she was fired.

No telephone listing for Lindsey could be found so she could comment on Wednesday’s development.

It was not immediately clear whether she had an attorney who could comment.