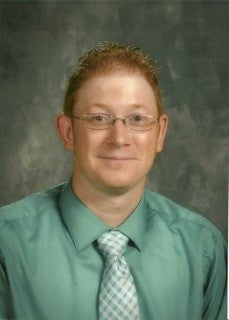 UPDATE: On June 14, 2017, this charge was dismissed without prejudice.

According to the Grant County Sheriff’s Office, 33-year-old Mitchel Hueston, a teacher at Oak Hill High School, is alleged to have inappropriately touched a 16-year-old female during the summer of 2016.

The Grant County Sheriff’s Office was made aware of the allegations in Jan. 2017 by school officials. A subsequent investigation into the claims then ensued.

After the four week investigation, a warrant for one count of child seduction was issued for Hueston on Thursday, Feb. 9. Hueston did turn himself into authorities early Friday morning, he was later released on bond.

After learning of the allegations, Hueston was placed on paid administrative leave by the school.

No other information has been released about the case at this time.