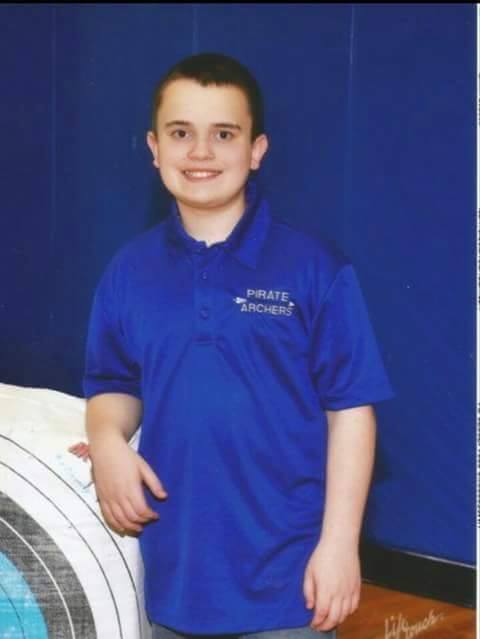 GREENSBURG, Ind. (WISH) – A Greensburg man has a warning for gun owners after the loss of his stepson to a deadly gun accident in 2014.

“I feel like I owe it to people to try to make a difference in this, gun safety. So this is my first attempt,” said 36-year-old Jason Forshee, in an interview from a conference room at the Plainfield prison.

Forshee is currently serving time in the medium security Plainfield Correctional Facility after the death of his 13-year-old stepson Craig Roberts in March of 2014.

During our interview in late September, he’d been in prison only 29 days.

Court documents show Forshee told police he was getting ready to clean a rifle at his Greensburg home when he left it on the coffee table momentarily. He told them he’d taken out the magazine, but he hadn’t realized there was a bullet in the chamber.

It was at that moment, police say, Forshee’s younger child picked up the gun and accidentally shot his older brother. Craig Roberts, 13, died at the hospital.

Forshee was out of jail until he pleaded guilty in August of 2015 to a charge of “dangerous control of a child” or “permitting a child to possess a firearm.”

A Decatur County judge chose to sentence him to three and a half years in prison.

Forshee says he doesn’t want to discuss the specifics of what happened that night until he can talk about it with Craig’s dad, but he says it’s his mission to talk about gun safety.

“I feel like it’s my responsibility to talk about it,” he added. “I’m responsible for hurting my family.”

“No matter how safe you think you’re being — what precautions you take. I mean, my situation took 10 seconds. Ten seconds and I was about 13 feet away, and the community of Greensburg has been robbed of someone that I think was going to do great things,” said Forshee.

Forshee adds that he hasn’t forgiven himself for the death of his stepson.

Forshee says he considered Craig his son. Craig had been in his life since he was just three years old, when he met Craig’s mom Amy. Amy and Jason later married and had two younger children. They remain married today. They’ve started a Facebook page in honor of Craig, called Random Acts of Kindness for Craig, encouraging others to share kindness in memory of the teen.

Forshee describes Craig as a teen who loved archery and was incredibly smart.

“He made straight A’s, but I’d never seen him bring home homework. It always baffled me. I think the sky was the limit,” he said of Craig.

“He was just… perfect,” he said slowly, looking down.

Forshee says he hopes to get out a message.

“I truly feel that the only gun safety is not having a gun. I think that’s for the professionals.”

But for those who do own guns, he said, “Maybe there are holes in your routine. It’s very easy to make a mistake that will change your life forever.”

“I had guns to keep my family safe. I failed,” said Forshee.

“Limit the curiosity of the gun to the children. Limit the visual. Don’t talk about it,” said Forshee. “You can’t be too safe. I thought I was, and I lost somebody very dear to me.”Police departments work to encourage gun safety

It’s a message echoed by police departments across central Indiana. Many departments give away free gun locks and offer gun safety classes to citizens.

Many communities in central Indiana also partner with Project ChildSafe, a program that promotes gun safety on a national level. The organization has released a new video explaining how to speak to your children about gun safety. Click here to watch.

In Decatur County, where Craig Roberts was shot and killed accidentally, the sheriff’s department partners with Project ChildSafe to hand out gun locks at the fair and other events.

In Marion County, the sheriff’s office has renewed its push to give away free gun locks.

The department has partnered with public libraries to give away the gun locks for the past year and a half.

Since the program started, they’ve given away nearly 6,000 gun locks. Deputies also have them in their squad cars to give to anyone who asks.

24-Hour News 8 rode along as a sergeant with the Marion County Sheriff’s Office replenished the gun lock supply at libraries in Marion County.

“They [guns] are a danger if you’re not trained properly,” said Marion County Sheriff’s Department Sgt. Anthony Rotan. “Be smart with it. It’s not a toy. Lock it up when you’re not using it, and keep it away from children.”

At the Martindale-Brightwood Library in Indianapolis, employees say they’ve given away more than 500 gun locks since the program with the sheriff’s office began.

“The community has been really receptive,” said library employee Rhonda Oliver. “We’ve run out several times. We think it’s a great project the sheriff’s department is doing here. We want to make sure our families are safe.”

According to the most recent data from the CDC, there were 33,636 firearm deaths in the United States in 2013. Five hundred and five of those were unintentional firearm-related deaths.