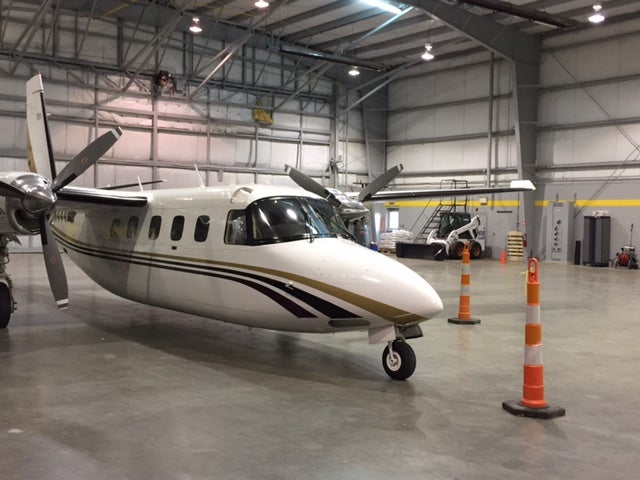 GREENWOOD, Ind. (WISH) – When Indianapolis bids for big events like the Final Four, improvements made in downtown Indy are often the focus of discussion. But it’s not just the city that draws in out-of-state visitors.

For the Greenwood Airport, the Final Four is the time to really take off. The airport has been making improvements for months, with the goal of attracting private planes to Greenwood during the busy weekend.

“It’s huge. This is our one opportunity,” said airport manager Lori Curless.

As 70,000 people land in central Indiana, it will be the airport’s first chance to showcase recent improvements. The improvements were all made to attract out-of-state basketball fans traveling on private planes.

“We are the closet airport to downtown Indy. We are 12 miles away,” said Curless.

To make use of its proximity, the airport recently extended its runway to accommodate corporate traffic and bigger jets that didn’t have enough room to land last time the Final Four was in town.

The lobby got a complete makeover. Old and tattered furniture was replaced with brand new couches, decorations and flooring.

“Being the first and last impression, we take that very seriously,” said Curless.

“When we look to bid for major conventions, we’re uplifting certainly the Indianapolis International Airport, and then also our regional assets like the Greenwood Airport,” said Chris Gahl with Visit Indy.

A new partnership with Visit Indy will help the airport hook new business.

The partnership will also work for Indy, making the city more attractive to out-of-state guests.

“Especially those on corporate jets which is conducive to business travelers.Certainly as we brace for the Final Four, a lot of distinguished business executives who want to use that type of landing strip,” said Gahl.

But the vision goes beyond basketball. Half a million dollars in major renovations are on their way after the Final Four, aiming to give Greenwood one of the strongest regional airports in the state.

“Our location for ease, convenience and access, we’ve got it,” said Curless.

The airport has not booked any private planes for Final Four weekend yet, but they don’t expect to until the teams are all set. Once that happens, the airport expects to starting booking reservations.

Visit Indy will boost marketing in the specific college towns heading to Indianapolis, another tactic to draw in more fans to Indy and more jets to Greenwood.