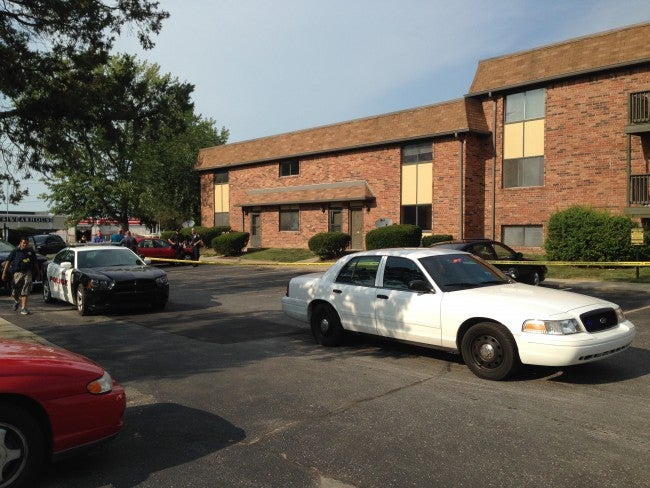 GREENWOOD, Ind. (WISH) — A man was found dead in an apartment in Greenwood on Friday, according to the Greenwood Police Department.

The death is being investigated as a homicide.

Officers responded on a shots fired call to an apartment in the 700 block of Woodale Terrace around 3:45 p.m.

A black man was found dead in apartment 13, according to police. He hasn’t yet been identified by police, but neighbors described him as friendly.

Investigators said this is the first homicide in Greenwood in 2015.

“We’re pretty confident that we will identify the suspect and we will catch him,” said Matthew Fillenwarth, assistant chief of the Greenwood Police Department.

He was last seen running north from the apartment.