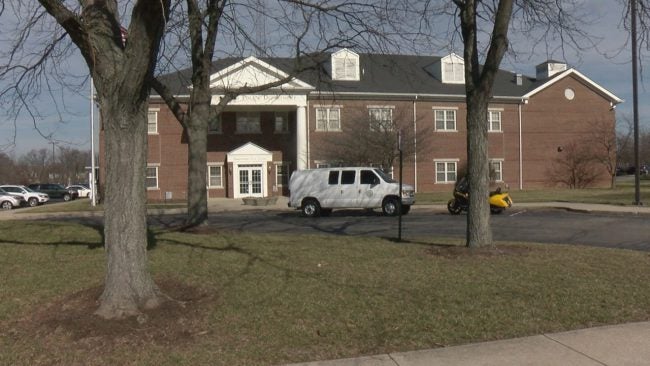 GREENWOOD, Ind (WISH) — The Greenwood Police Department is undergoing a $2 million makeover. It will be the first major renovation since the building was built 25 years ago.

The department won’t be adding on, instead, it will re-purpose what it already has. There are are several rooms within the building that are not being used or are storing old equipment. Police Chief John Laut met with planners on Tuesday to go over layout ideas. Laut says he expects to make a decision by March.

From the outside, the building seems to be in good shape. But if you take a closer look inside, Assistant Chief Matt Fillenwarth says, it’s time for an update. In a tour of the facility, Fillenwarth pointed to water leaks caused by an aging heating and cooling system.

“It’s constantly getting clogged, leaking, coming into my office,” Fillenwarth said. “When I was an investigators commander, (the) top of my desk (was) soaked and my chairs soaked where the thing leaked over the weekend.”

The building is not fully handicap accessible, nor is it equipped to handle new technology.

“Just getting everything modernized. Pulling the category five cable through the ceilings for the computer system, Wifi. We’re getting ready upgrade all of our body worn cameras,” Fillenwarth said.

In addition, the department would also like to make cosmetic improvements. Laut says the $2 million budget is not set it stone. The price could go up or down. But the department is short staffed, according to Fillenwarth.

“You have to find a good balance. The building needs to stay updated,” Meyer said. “At the same time, we need the overall majority of the funds to go to the officers.”

According to Fillenwarth, the money will come from bonds, which can’t be used for payroll. Instead the city is looking to pass a food and beverage tax for hiring. Greenwood unsuccessfully tried to have a food and beverage tax passed for a number of years. Mayor Mark Myers says he’ll keep trying. New bonds won’t be issued for the renovation, so property taxes will not go up.

The department will move its operations to Greenwood Middle School while construction is underway. Construction is expected to begin later this year or early next year.