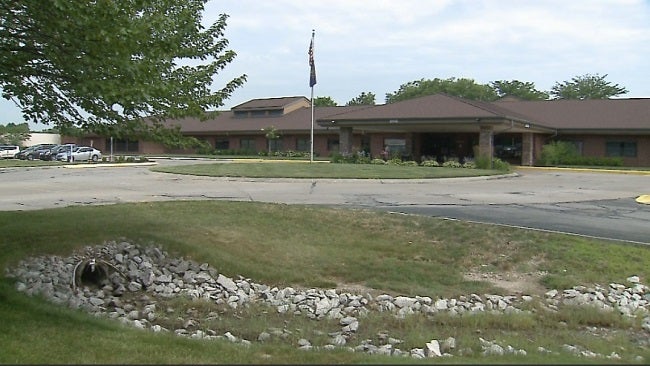 It’s part of the governor’s plan to crack down on the heroin epidemic, and the Greenwood Police Department is strongly opposed to the plan.

The department is concerned about crime rising. According to Kortney Burrello of the Greenwood Police Department, they already have problems there. In October, she said, officers were called to the facility 26 times. They respond to more calls there than anywhere else in the city.

But the police department isn’t the only one voicing concerns.

Roscoe’s Tacos claim to fame is they can make tacos like nobody else.

“It’s really simple, basic stuff,” Manager Terry Carpenter said. “But it’s really good food for a good price and you get a lot of it.”

The Greenwood location is just one of four and stays busy. Carpenter said that’s due in part to its location. “Greenwood is a great place. They’re redoing downtown to make it more friendly for the community.”

But, the city is about to get less friendly, Carpenter said he believes, when Valle Vista Health Systems begins offering methadone. They’re slated to do that by June of next year.

“We can’t assume that 100 percent of these people are going to become clean and good people. Not that they’re bad people, but, yea, someone is going to fail and that’s going to cause problems,” Carpenter said.

Burrello agreed. “We don’t like it. We don’t want it to come here.”

“The state is now burdening the city with adding this methadone clinic.”

Gov. Eric Holcomb made the announcement about the expansion of opioid treatment during a news conference in July. Along with Greenwood, four other facilities around the state will also offer methadone. Officials said Valle Vista would have to see at least 300 patients per day to meet its minimum patient quota.

“They come in, they take their medication and they leave high. So that means 300 additional people in our city, high on a daily basis,” Burrello said.

Burrello said they receive hundreds of calls a year from the facility. She said she believes offering methadone could have a snowball effect on crime.

“Those people could be out doing petty crimes; stealing. They’re just not making their contribution to our community,” she said.

In comparison, the Indianapolis Treatment Facility on the city’s northeast side also offers methadone. According to Indianapolis Metropolitan Police Department, from January through November, it responded to eight calls from that address. Greenwood, however, is expected to see more than three times as many patients.

“There’s fear. But, I think when these programs are well-managed, my belief is those fears would be unfounded,” the state’s first drug czar, Jim McClelland.

McClelland said they have not spoken to Greenwood police or other leaders in the community, but, he defends the program.

“We’ve got to do the best we can with what we have and make the best decisions we can and try to save as many people as we can,” he said.

It’s a sentiment Carpenter, back at Roscoe’s Tacos, agreed with — even if he disagrees that methadone is the way to get there.

WISH-TV reached out to Valle Vista several times. Its operators did not return our requests for comment.

Greenwood Police Department will be meeting with a neighborhood crime watch group at the end of this month to prepare the community for the changes.