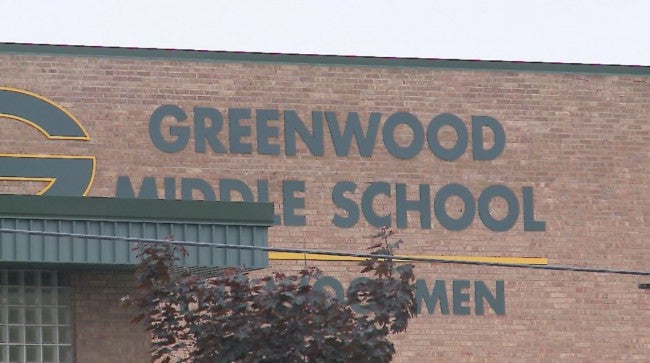 GREENWOOD, Ind. (WISH) – Parents and taxpayers in Greenwood will have their first chance to ask questions about a multi-million dollar building project for schools Tuesday evening. Greenwood school officials are hoping to build a new middle school and an activities complex.

The current middle school on Madison Avenue is more than 60 years old. After several renovations over the years, school officials said it more cost-effective to build a new school than continue renovations. Officials are now asking residents to approve the $38 million plan. The first step is Tuesday’s public meeting.

At the meeting, people can give their opinions about the project and offer suggestions on what else the district may need. Greenwood’s superintendent says one of the biggest complaints he’s heard over recent years is the need for more space for activities. Superintendent Kent Dekoninck said building a new complex at the high school will also allow the district to make extra income by renting it out on weekends for community events, while giving the student athletes the space they need through the week.

“We have a lot of youth teams that want to practice, and quite frankly gym space is at a premium. So this will allow more areas for our community to practice. It also allows larger space for our physical education department at the high school. It also gives us opportunities for our athletic teams to practice. Even now in the spring if you come to our school, you have various sports teams running hallways, running into each other. We have our band program that is active in the spring as well. Just not a whole lot of space for our student activities,” said Dekoninick.

Officials said the top two priorities are the activities complex and new middle school, but they’d also like to renovate parts of the high school and do some heating and cooling work on the elementary school. The first step in the legal process to get the plan approved is Tuesday’s public meeting. If no one starts a petition within 30 days after the public meetings, the district can move forward with its plans.

Dekoninck said this won’t cost taxpayers any extra money, because the school will have all its debt paid off by 2020.

“We’ve talked to our community quite a bit that this is just replacing that debt rate that we currently have. So it’s kind of like, having a car and getting that car paid off, then you decide that you’re going to buy another car and just replace that payment with a new car,” said Dekoninck, “Right now about 35 cents of our tax rate goes toward our debt. So in 2020, that 35 cents will go away. We’re planning this project to be no more than 35 cents. So it’s just going to replace that amount come really starting about 2018. It’s going to phase the debt in so people will not see a an increase in that 35 cent tax rate.”

Dekoninck said district is in talks with the city to sell it the current middle school. The superintendent said the district is negotiating with the city, because he believes that land near downtown could help with Greenwood’s revitalization plan.

If the plan is approved, Dekoninck said construction on the new middle school could start as early as this fall. He hopes construction would be complete by fall of 2017 or January 2018.