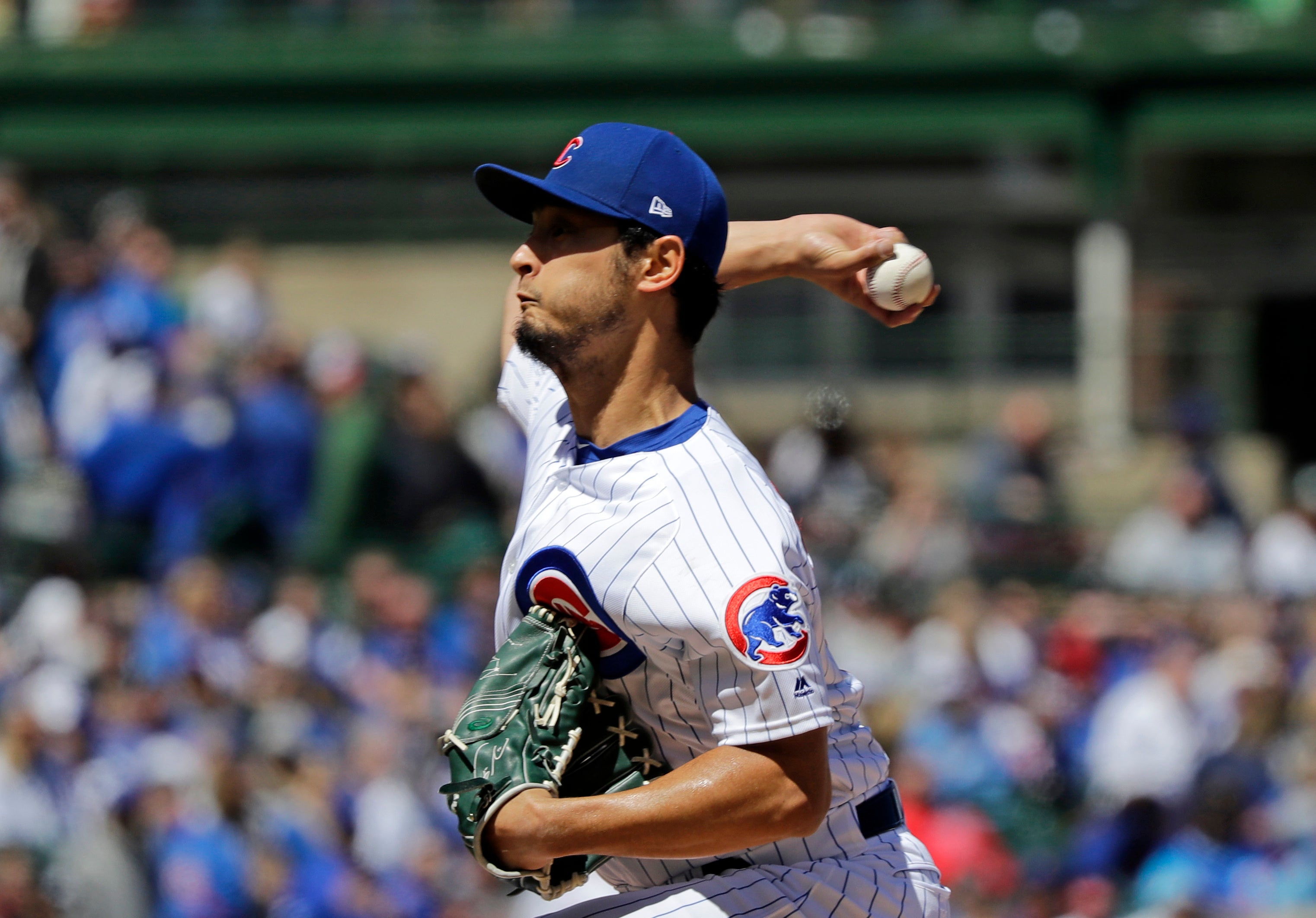 CHICAGO (AP) — Zack Greinke pitched three-hit ball over six innings and the Arizona Diamondbacks supported him with three home runs in a 6-0 victory over the Chicago Cubs on Saturday.

Greinke (3-1) won for the third time in four starts since a season-opening loss to the Los Angeles Dodgers. The 2009 AL Cy Young Award winner also picked up his first victory in six career starts at Wrigley Field, giving him at least one win at every National League ballpark.

Taylor Clarke worked the final three innings for a save in his major league debut. Called up from Triple-A Reno, he allowed one hit and preserved Arizona’s first shutout since a 9-0 romp over Chicago last Sept. 19.

PROGRAMMING: Cubs, White Sox return to WISH-TV and MyINDY-TV 23 for 2019

Eduardo Escobar and David Peralta hit back-to-back solo homers against a shaky Yu Darvish (1-3) in the first. John Ryan Murphy capped a three-run sixth against Allen Webster with a two-run homer that made it 6-0.

Christian Walker had a career-high four hits and scored a run, helping the Diamondbacks win for the fifth time in six games.

The Cubs had won eight of 11 following a 1-6 start and were trying to go above .500 for the first time since a season-opening victory at Texas.

Diamondbacks: C Alex Avila and 3B Jake Lamb have started taking live batting practice and continue to throw. Both are on the injured list with a strained left quadriceps. … LHP T.J. McFarland (left shoulder inflammation) is scheduled to throw an innings in a rehab outing for Triple-A Reno on Sunday.

Cubs: Ace Jon Lester (strained his left hamstring) could be close to rejoining rotation after throwing 45 pitches in a simulated game on Saturday. Manager Joe Maddon said he looked “very good” and the Cubs will see how he feels Sunday before determining the next step. Maddon did not rule out a return for a three-game series against the Los Angeles Dodgers at Wrigley Field that starts Tuesday. … Closer Brandon Morrow (offseason elbow surgery) experienced discomfort following a side session in Arizona earlier in the week and is shutting down his rehabilitation for now.

Diamondbacks: LHP Robbie Ray (0-1, 4.64) tries for his first win in his fifth start. He went six innings against Atlanta on Tuesday in his longest outing of the year, but gave up a season-high five runs.

Cubs: RHP Tyler Chatwood (0-0, 6.00) makes his first start of the season. The Cubs opted to go with Chatwood and push back LHP Jose Quintana back to Tuesday, in part because Arizona has struggled against right-handers.