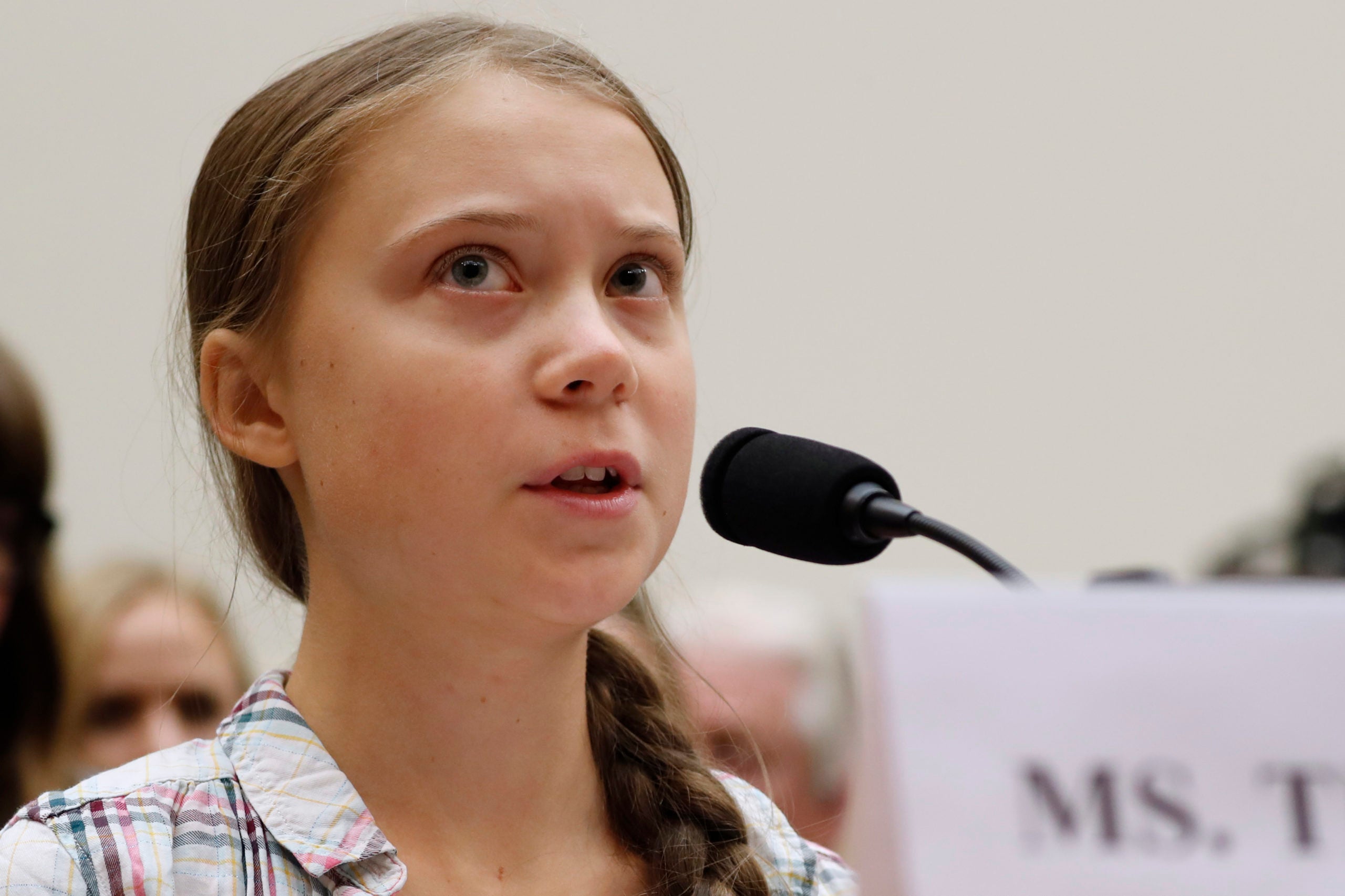 LOS ANGELES (AP) — Greta Thunberg, Sweden’s 16-year-old climate-change activist, joined fellow teenagers from throughout California Friday in telling a cheering crowd of hundreds at a Los Angeles rally that they can and will fight to save their planet from global warming.

Thunberg, who has been traveling across the United States since delivering a passionate speech in New York in September that demanded world leaders do more to combat global warming, spoke at a rally organized by Youth Climate Strike Los Angeles.

The group of young people used Friday’s rally at California’s oil-extraction industry to call for a phaseout of wells and other means of withdrawing petroleum from California’s earth.

Before Thunberg spoke she joined a crowd of about 1,000 in marching from the lawn in front of City Hall to Gov. Gavin Newsom’s Los Angeles office to demand that oil drilling begin to stop.

“I will never understand how they can put short-term interests above our lives, above the planet’s future and our future,” Thunberg said of businesses that produce fossil fuels and other products that contribute to global warming.

“But we young people have had enough. We say no more. And if our parents won’t speak up for us, we will,” she added to thunderous applause from the crowd, which, although it leaned toward the young side, contained a cross-section of ages.

In a brief interview with The Associated Press beforehand, Thunberg said she believes young people like herself are becoming more prominent in the climate-change movement because, with almost their whole lives ahead of them, they recognize how great the danger is to their generation.

“Many young people are aware that they will be very much impacted by what we are doing now and that their future will be destroyed,” she said. “We know what is at stake in a way that many older people maybe don’t.”

“I think it’s fear,” she said when asked what motivated her and other teenagers to begin dedicating so much time to fighting climate change. “We thought we’re going to have a future, but we found out it was being taken from us.”

That realization, she said, got her to begin studying global warming and led to her getting to know like-minded youth like Thunberg, who arrived in the U.S. from her native Sweden in an eco-friendly sailboat earlier this year and crossed the country by train and electric car.

Thunberg said she’s been in close touch with members of Youth Climate Strike Los Angeles during her trip across the country, adding she was honored to be invited to speak Friday. She has taken a year off from her high school studies to advocate for ending global warming and plans to travel to Spain in December to attend another United Nations climate summit.

The diminutive teen is surprisingly soft-spoken in person but not afraid to raise her voice to rally others to the cause, as she did in September when she eviscerated world leaders in a passionate speech at the United Nations in New York. There, she accused them of taking away her childhood and endangering her future by making promises to attack global warming and not fulfilling them.

She returned to that theme Friday as she concluded her speech in Los Angeles.

“Do you think they are listening to us?” she asked.

“No,” the crowd shouted loudly, to which she replied equally loudly, “Well, we will make them listen.”