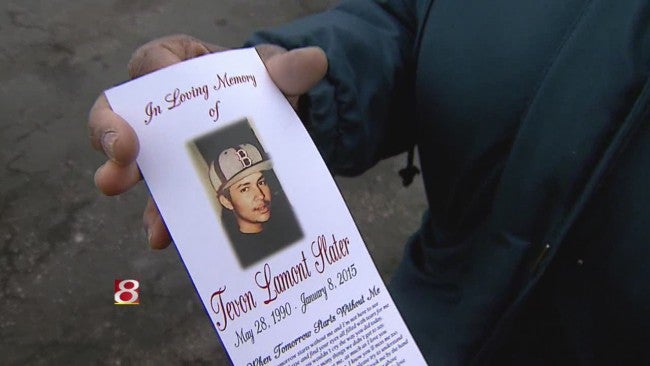 INDIANAPOLIS (WISH) – On Jan. 8 Amy Harwell got the news that police found her grandson’s, 24-year-old Tevon Slater, body inside an apartment complex on the 3200 block of Guilford Avenue.

Slater had been shot multiple times. Shortly after the deadly shooting, little was known about who may have been responsible for pulling the trigger.

“What happened is painful, it’s a tragedy,” said Harwell.

From the moment Harwell got the news officers, detectives and even the Indianapolis Metropolitan Police Department Chief Rick Hite called Harwell. He even attended the funeral.

“It was just amazing to see how many officers turned out to those that called me,” said Harwell.

“We are doing our best to move on, this is not something you can do it takes time,” said Harwell.

Shortly after learning about the arrest, Harwell decided to do something for IMPD to show her appreciation.

Harwell and her neighbors made breakfast for East District Officers. The breakfast lasted a couple of hours after it was over Harwell summed up the breakfast in three words.

“It was wonderful, “said Harwell.

Despite making two arrest. Police have not ruled out making more arrest in Slater’s murder.