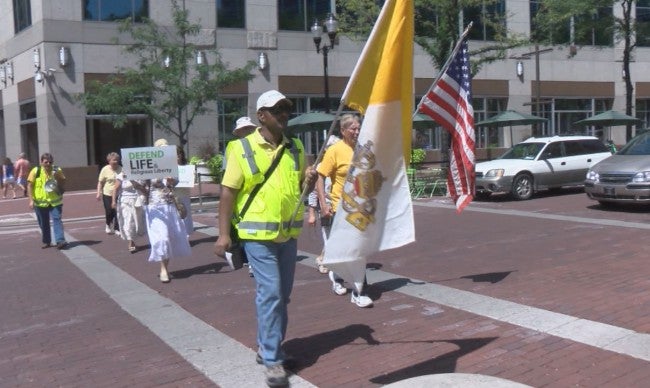 It was part of an organized event across the state.

Part of the purpose of the protests was to call on lawmakers to stop funding the organization.

“We want to actually demonstrate to people that we are… we’re not combative, and we want to defend our rights as Christians, citizens of the United States of America that we’re not protesters, we;’re not radical extremist.”

Last month, Gov. Pence ordered an investigation of Planned Parenthood to see if organs from aborted fetuses were being sold.

That investigation found the organization wasn’t breaking any laws.