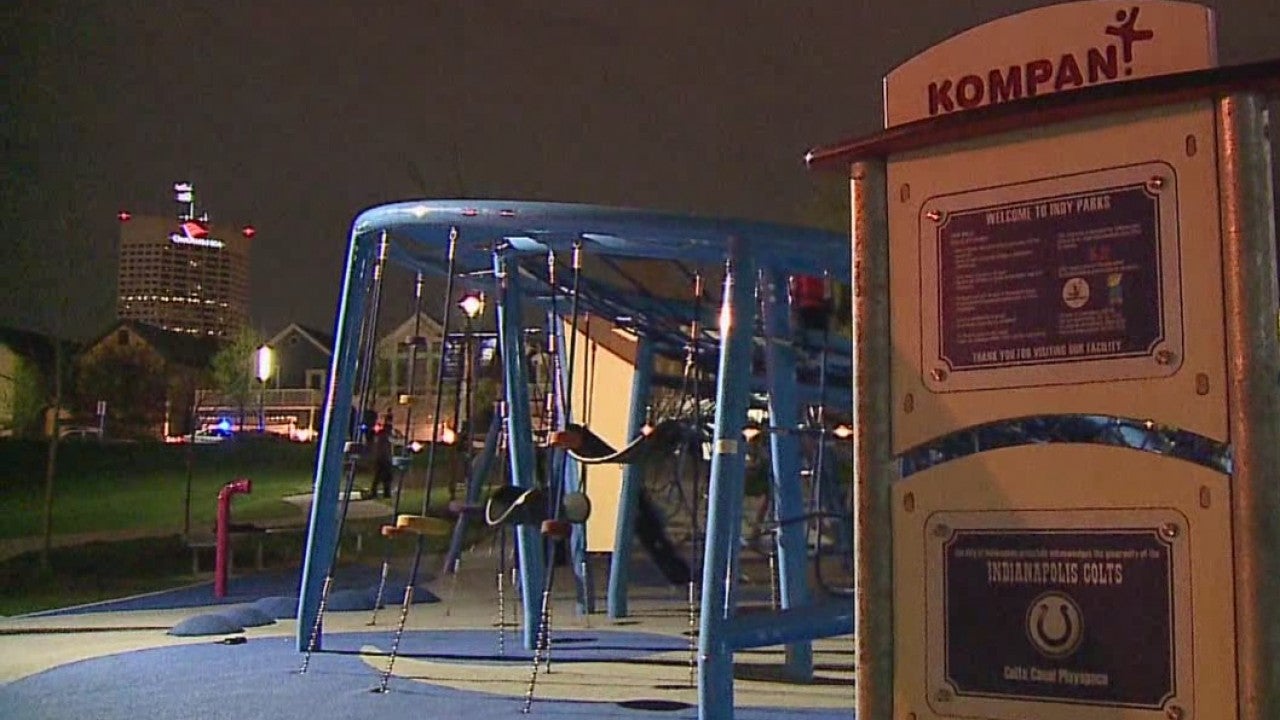 INDIANAPOLIS, Ind. (WISH) – Concerns are growing about the Colts Canal Playspace as neighbors and IMPD said the area is becoming a security issue after dark.

News 8 cameras caught dozens of people Wednesday night on the playground after dusk. IMPD asked all of them to leave. But, 20 minutes later, a new group of people came in.

According to park rules, it’s illegal to be on the playground after dusk.

News 8 spoke to IMPD officers on scene Wednesday night who said it’s a growing problem that needs to be stopped before it gets worse.

“Anytime you have something that’s new people are going to want to go down there and take advantage of it. That’s what we’re seeing. Unfortunately, we are seeing it during after hours,” said Burton. “So we’re not seeing anything illegal other than when we get down there it’s a lot of people down there and it’s a lot of noise.”

While one crowd said they meant no harm, signage was an issue.

“It’s ridiculously small, and they need to have it a lot bigger and posted everywhere and more around,” said Heather Thomas.

“This is downtown, it was all lit up, I figured it was OK,” said Levi Zink.

But, people living around the playground said the problem really starts in the early hours of the morning.

Neighbors too afraid to go on camera told News 8 they fear the playground will become a stomping ground for illegal activity.

They said they’ve already witnessed people smoking marijuana and drinking alcohol at all hours of the night.

IMPD said actually enforcing the posted hours has been tough.

“Right now, what we are trying to do is get it re-zoned so that it will mimic what they are doing at all the other parks within the city. Once that happens, then we can cite them for violation of the park’s ordinances,” said Burton.

IMPD said they are upping patrols in the area and they are pushing for bigger signs with those posted hours.

News 8 reached out to Indy Parks & Recreation about the issue.

They released a statement saying:

“Indy parks is committed to working with IMPD and area residents to ensure the playspace continues to be a safe, well maintained community asset.”