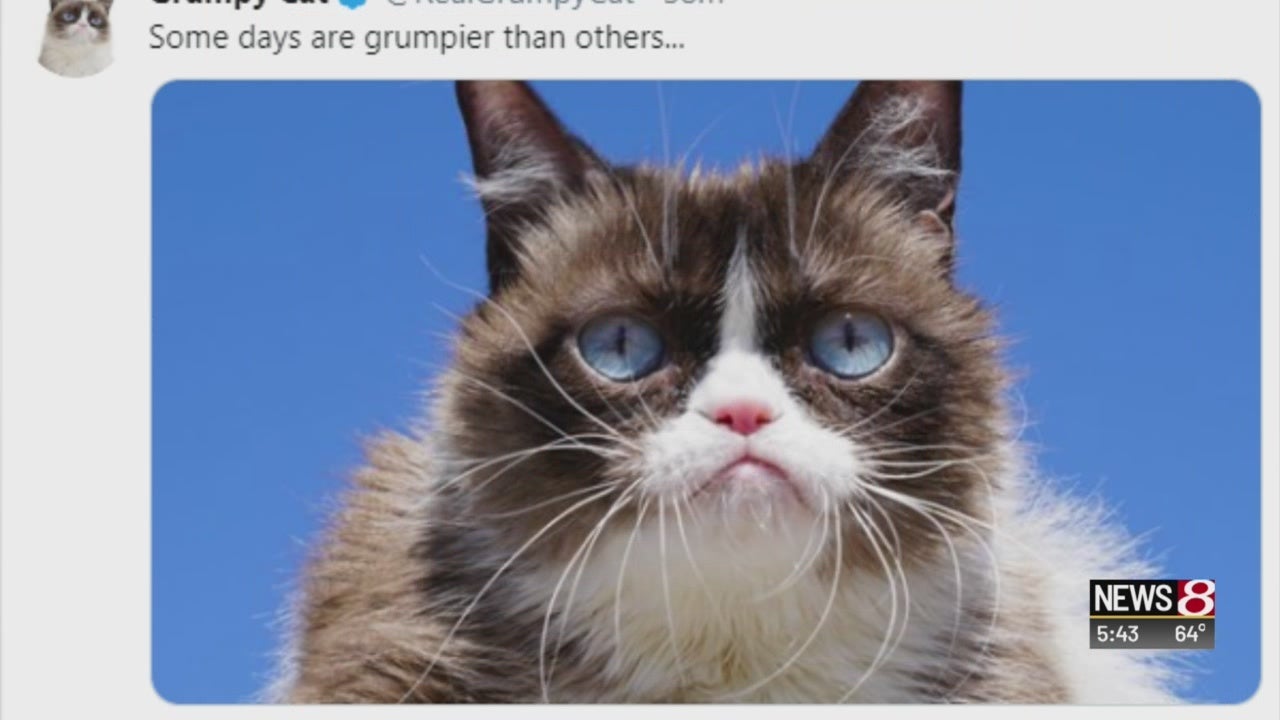 MORRISTOWN, Ariz. (AP) — Grumpy Cat, whose sourpuss expression entertained millions on the internet and spawned hundreds of memes, national television commercials and even a movie, died at age 7.

Her owners posted on social media that she experienced complications from a urinary tract infection. “She passed away peacefully on the morning of Tuesday, May 14, at home in the arms of her mommy, Tabatha,” they wrote.

“Grumpy Cat has helped millions of people smile all around the world — even when times were tough,” her owners said.

The cat’s real name was Tardar Sauce and the owners were never sure what her breed was. Her website said her grumpy look was likely because she had a form of feline dwarfism. They said despite her face, she is cuddly and loved to be held and rubbed.

She rose to fame after her photos were posted on Reddit in 2012. Her owners said it was suggested the photo was a fake, so they posted a few videos to prove otherwise.

Since then, Grumpy Cat made appearances on “Good Morning America,” ”CBS Evening News,” even “American Idol” and “The Bachelorette.” She’s done television commercials for Honey Nut Cheerios and took photos with hundreds of fans at South by Southwest.

In 2014, Lifetime produced a movie called “Grumpy Cat’s Worst Christmas Ever.” She was voiced by “Parks and Recreation” star Aubrey Plaza.

Owner Tabatha Bundesen founded Grumpy Cat Ltd. and created a website that included an online shop featuring 884 items, including T-shirts and mugs with the cat’s picture.

The feline’s net worth was never disclosed but in 2013, her owners say it was six figures. Last year, online speculation estimated her to be worth in the millions.

The angry-looking feline passed away on May 14.

The 7-year-old cat gained worldwide fame due to its constant angry expression.