Guadalajara digs out from more than 4 feet of hail 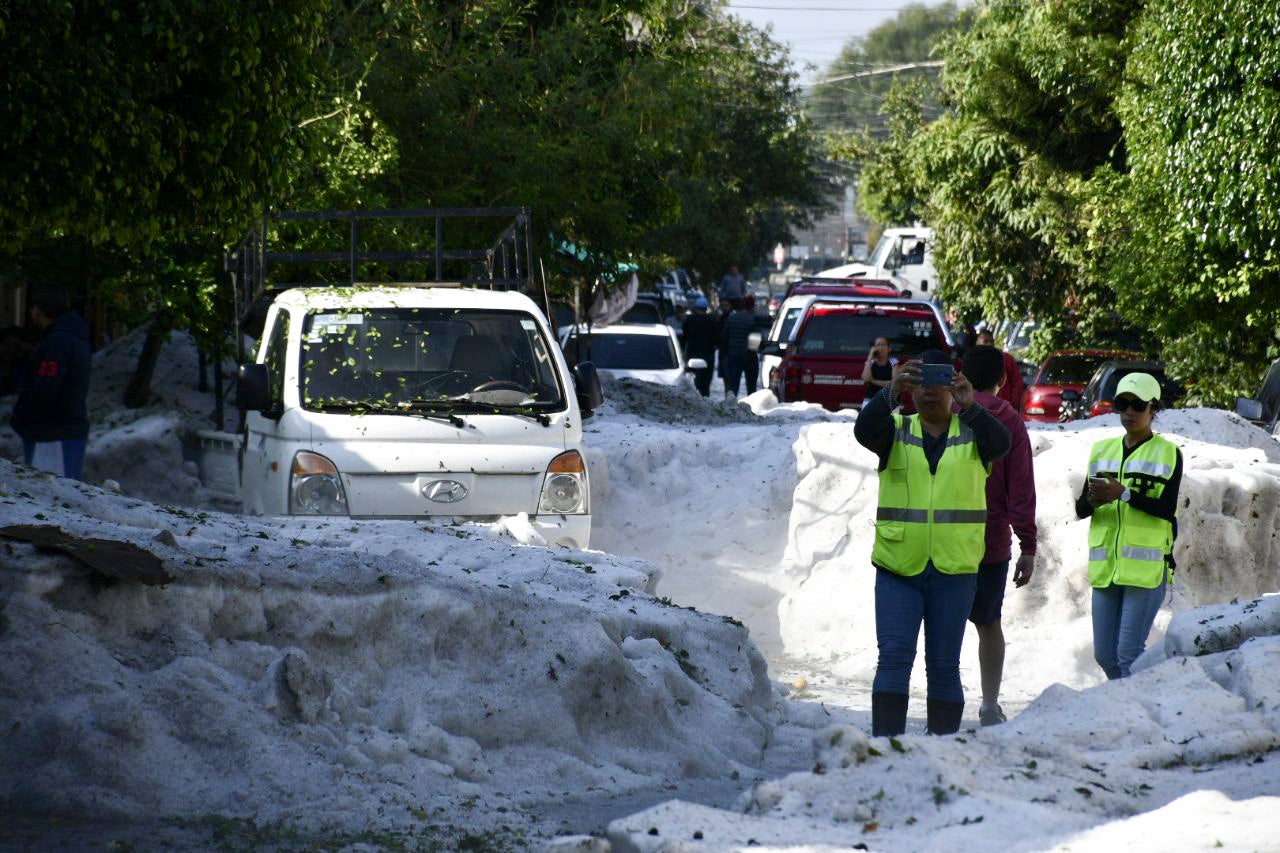 MEXICO CITY (AP) — A storm dumped more than 4 feetof hail on parts of the Guadalajara area, damaging hundreds of homes and burying cars up to their windows in some places, Mexican officials said Monday.

The Jalisco state government brought in heavy machinery to clear streets and dig out businesses in the country’s second largest city. Sunday’s storm left streets looking like rivers of ice, while hail clogged drainage systems, causing flooding in some spots.

Following the early morning storm, the temperature reached a high of 81 degrees in Guadalajara.