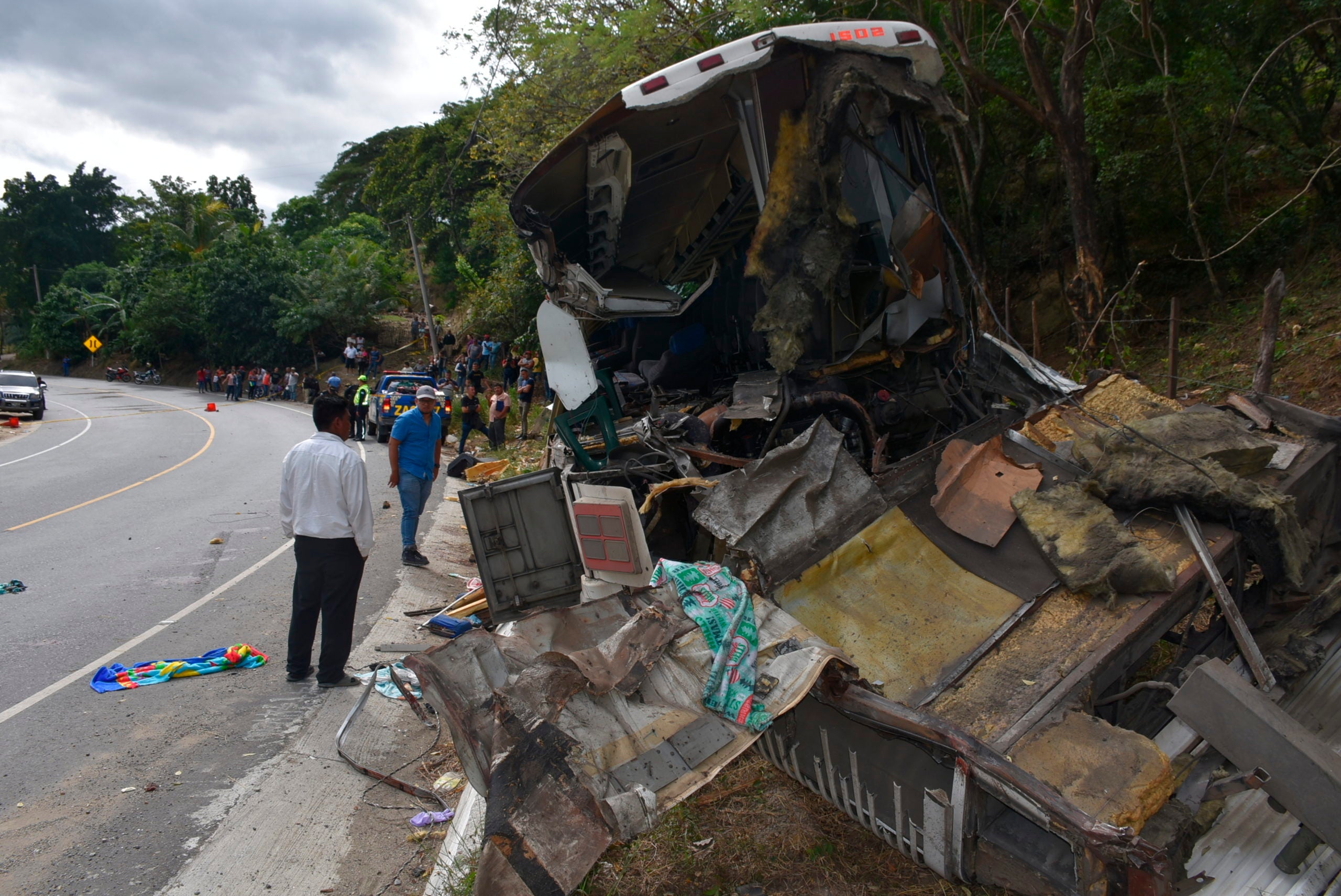 GUATEMALA CITY (AP) — A trailer truck collided with a passenger bus in eastern Guatemala early Saturday, killing at least 20 people and leaving a dozen wounded, according to the national disaster agency. It said nine of the dead were minors.

Volunteer firefighters told reporters the truck appeared to have collided with the bus from behind in the municipality of Gualan, roughly 150 kilometers (95 miles) east of Guatemala City.

Photos of the scene showed the truck toppled onto its side along a curve on the two-lane highway, with the bus a little further ahead, its rear section destroyed.

The national disaster agency said the bus had been headed from the northeastern Peten region to the capital.

It said the injured were taken to several hospitals in the region.