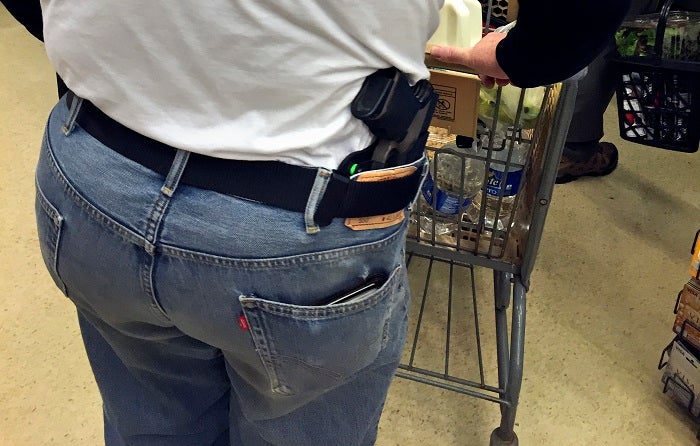 MARION, Ind. (WISH) — A 46-year-old man accidentally shot himself in a genital Thursday after a gun slipped from his waistband, police said.

Marion Police Department issued a news release via Facebook that said Mark Anthony Jones did not have a license for the Hi-Point 9mm gun he was carrying.

Jones, in the emergency room of Marion General Hospital, told police he was walking about 6:44 a.m. Thursday on a riverside trail near the Marion Girl Scout Cabin. That’s west of the Washington Street bridge over the Mississinewa River. He said when the gun began to slip from his waistband, he reached to adjust the firearm and it discharged.

“The bullet entered just above his penis and exited his scrotum,” the release said.

The gun was not in a holster.