Half marathon gives inmates a goal to run toward 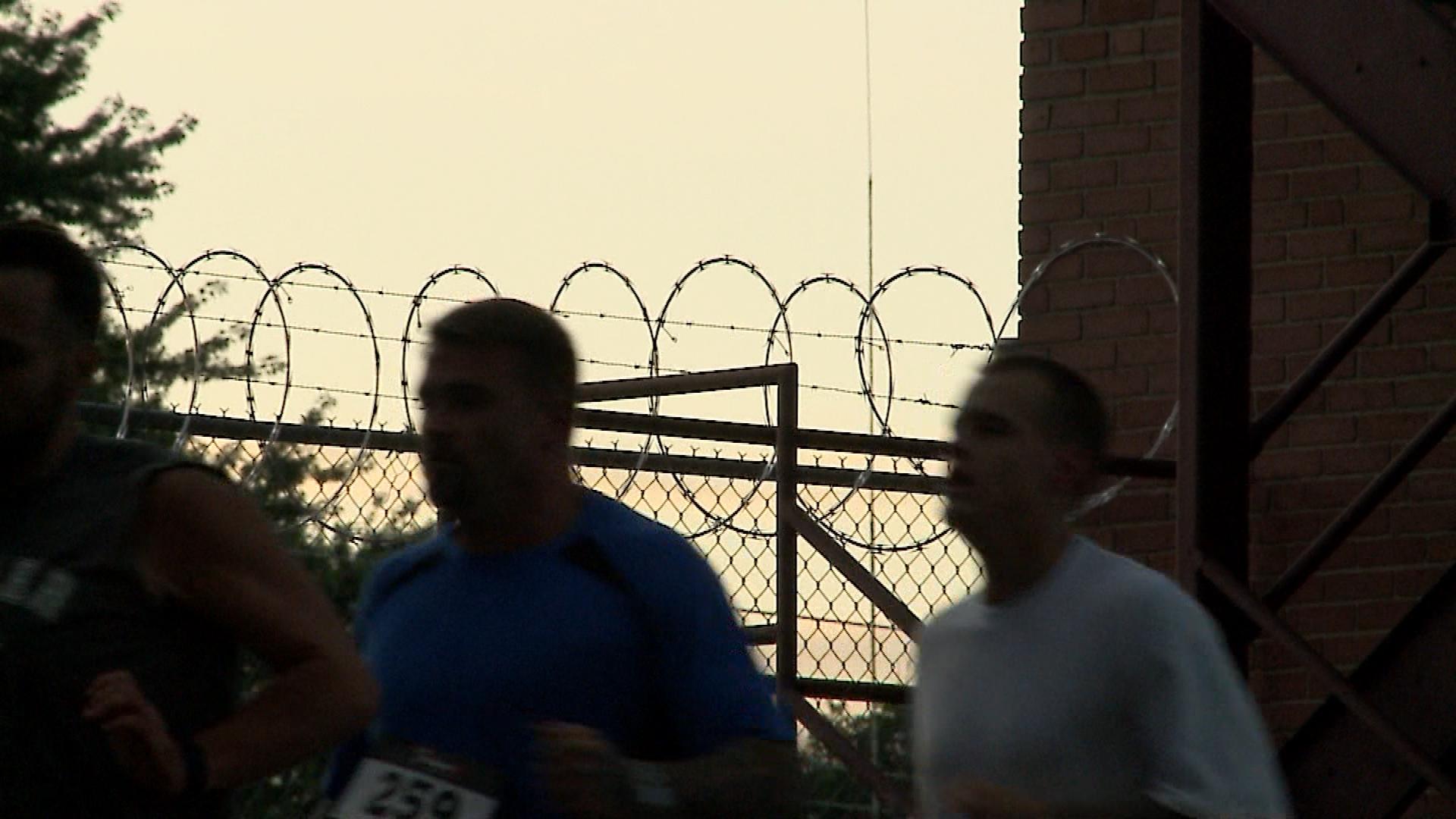 INDIANAPOLIS (WISH) – An organization that uses running to help people restart their lives hit the pavement Saturday in a place you might not expect, but it’s exactly where second chances come first.

Circled up like most mornings, the people of Back On My Feet (BOMF) are preparing for a run on the near east side of Indianapolis. Normally, the group takes a route through downtown. But Saturday morning’s run will be unlike any other this year.

“You can only take in your I.D.,” Chrissy Vasquez, Executive Director for BOMF, said to the crowd.  “No back packs, no cell phones, no music, anything like that.”

The dozens of runners also needed to take off their shoes, get a pat down, then walk through a metal detector. That’s what’s required when you enter the Indianapolis Reentry Education Facility (IREF), a place where endless lines of barb wire and fencing remind the residents that leaving when they want isn’t an option.

“I got seven months left,” said Phillip Reed. He said he’s serving time because of driving violations. Seated nearby was Shawn Ledman, who said he’s in the facility due to drugs. Stories like those fill IREF, but these men are writing a new one, and Saturday’s run is one of the chapters.

“I’ve been training for quite a few months now,” said Reed.

“Most of my life I’ve been a taker and this is the first time I’ve ever been able to give back,” added Ledman.

BOMF hosted its fourth half marathon at the minimum security prison. Vasquez said inmates who participated had to be sponsored, with the money going toward BOMF as a donation. But Vasquez said there’s a more important reason they come back each year.

“It’s just a great reminder for everybody that we are one group and that we come together and it doesn’t matter where you live or what your circumstances are, we’re all the same. We’re all runners,” she said.

BOMF mainly focuses on helping homeless people get a second chance at life through a running program. The similarities between their clients and the people serving time at the facility made hosting a marathon a perfect match.

“It’s not uncommon for some of (BOMF) members to come from local imprisonment facilities,” she said.

“It’s nice to have outside people come in and to do events like this,” said Reed.

Fueled by endless of amounts of positive energy from inmates and workers who were cheering along the running path, participants made their way around the yard.

Only some inmates actually ran, but all them of take part in programs to help them get jobs, kick drug habits and adjust for life outside these walls.

“Everything’s focused on preparing you for the next step at this place,” said Ledman.

Today that step is one after another, their feet shuffling up and down the track that encircles the yard.

“Just get your rhythm down, your pace down, your breathing controlled, and you’re good to go,” said Reed.

Pounding out 45 laps isn’t easy, and neither is doing time, but thanks to their determined strides, the finish line for both is in sight. “I’m going to finish,” said Ledman. “That’s all I can say.”

Through sponsorships and additional donations, IREF raised $1,000 dollars for BOMF.