Hallie Bryant helps others succeed in the game of life 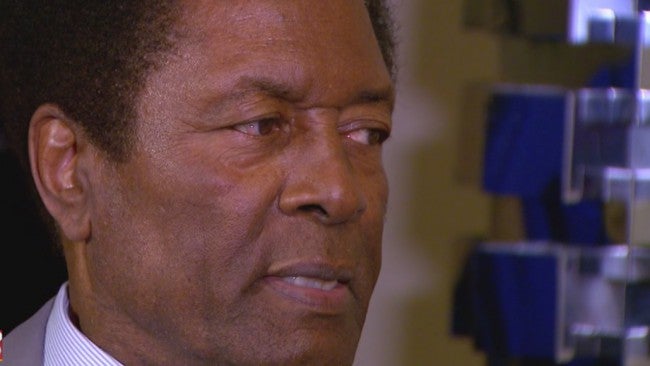 The Crispus Attucks standout went on to have a decades long career with the legendary Harlem Globetrotters.

He turned his life experience into a book and lectures to help others achieve their own greatness.

At 75-plus-years-old, Hallie Bryant, hasn’t lost his handle, at one time playing among the best that ever played.

“Willy Gardner and Billy Robertson, Oscar’s brother, we had a legendary team,” said Bryant thinking back to his early days on the court.

He took the experiences he had long ago and the lessons he learned playing basketball, and is now helping others succeed in the game of life.

The former star thinks his time at Crispus Attucks and earning Indiana’s highest basketball honor as the best time in his young career. He played at Indiana University on a co-Big 10 championship team. What he says he’ll never forget is how it felt to win a huge game in Louisville.

“Blacks on this side, whites on this side,” said Bryant. “But when it was all over, we beat the Kentucky All-Stars, and you had whites and all kinds of ethnic groups coming up getting your autograph. Athletics can break down barriers.”

After visiting 87 countries as a Harlem Globetrotter, Bryant knows a lot about breaking down barriers and achieving lifelong dreams.

“Manage your thinking, manage your life. We live off the fruit of our minds,” said Bryant.

As a young player, he focused on paving a way for those who came after him. As his success transcended race and socioeconomic statuses, so did his influence.

He wrote a book “Hallie’s Comet,” a sort of guide to success. He hopes sharing what he’s learned about human nature, and the universal laws of success will help others.

“You can change, a lot of people think you can’t change, but you can re-script,” said Bryant. “You can delete, you can re-program the mind to carry you somewhere differently.”

His goal, he says, “Letting people know that they have all they need within, there’s a way to get to it. It starts with their thinking, not identifying with the static in the attic, but knowing how to utilize it for the benefit of yourself and others.”

One way Bryant has given back is by inspiring young people at Taylor basketball camp, something he’s done for almost 60 years.