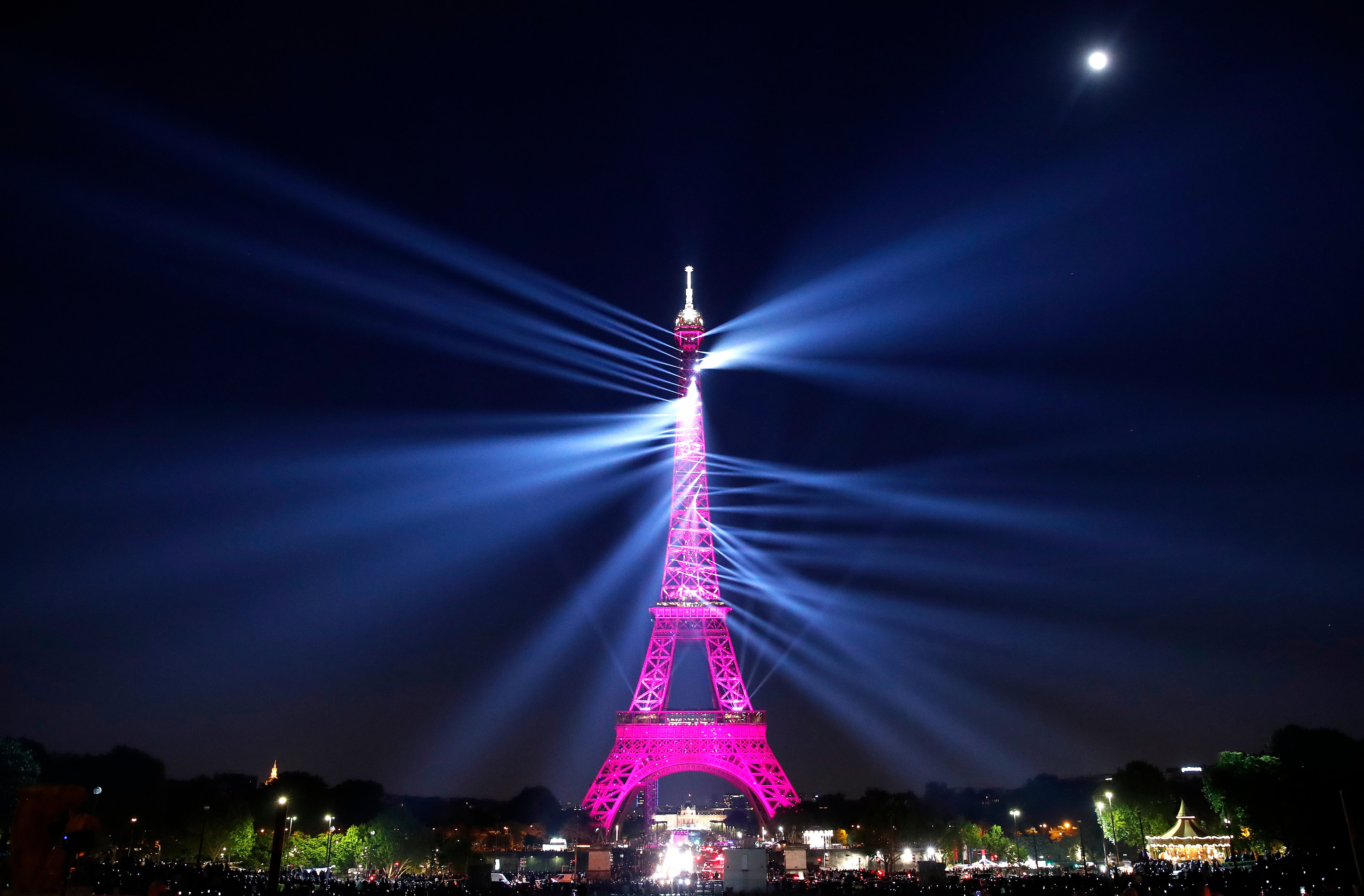 Earlier in the day, the monument invited 1,300 children to a giant “snack time” beneath the tower known as the Iron Lady.

After nightfall, a 12-minute laser display began flashing across the facade in shows that will run through Friday night. Professional climbers scaled the monument to mount the lights for the unprecedented show.

Around 6 million people go up the tower every year, in addition to the crowds who just come to look at Gustave Eiffel’s creation, designed for the 1889 World’s Fair. It was the world’s tallest monument at the time, and thanks to strict urban planning rules, it still looms large above the Paris skyline.

The Eiffel Tower opened to the public for the first time on May 15, 1889, several days after its inauguration at the World’s Fair.