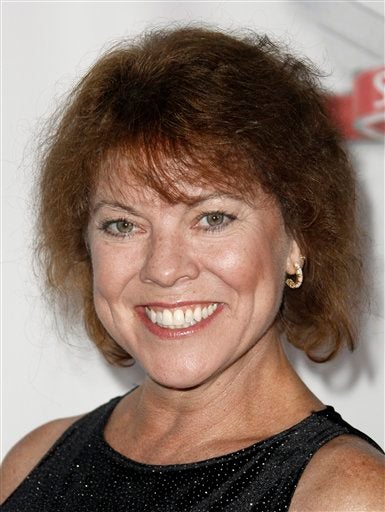 Moran died Saturday at the age of 56, and the cause of death has not been determined. Moran had endured numerous struggles in recent years.

On April 22, 2017, at 4:07 p.m., Harrison Co dispatch received a 911 call reference an unresponsive female. Upon arrival of first responders, it was determined that Erin Marie Moran Fleischmann was deceased. An autopsy is pending.”

Moran was already a veteran actress when in 1974 she was cast in “Happy Days” as Joanie, the kid sister to Ron Howard’s Richie Cunningham in the sitcom set in the 1950s. She would later appear with Scott Baio in the “Happy Days” spinoff “Joanie Loves Chachi.”