Harley-Davidson rebels with an electric motorcycle 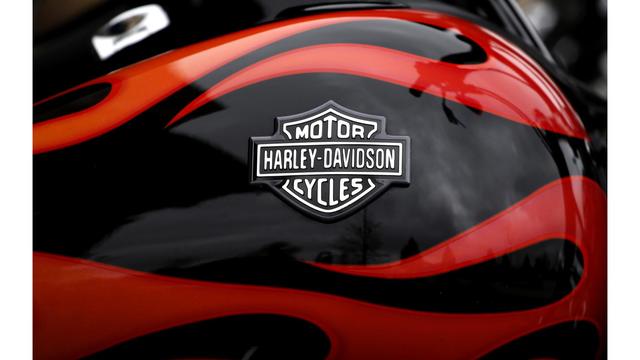 The Milwaukee-based company, facing dwindling sales in its home market, said Monday it hopes to broaden its appeal and invigorate sales with new products, which next year will include LiveWire, its first electronic motorcycle.

Harley-Davidson, known for its car-alarm triggering engine rumble, said LiveWire will have no clutch and no gears with the goal of making motorcycle-riding accessible to more people.

The new products and strategic initiatives come as Harley-Davidson finds itself in the spotlight. It’s dealing declining sales and an aging riding population amid criticism from President Donald Trump for the company’s decision to move production of motorcycles sold in Europe overseas to avoid retaliatory tariffs the EU is imposing on American exports.

“Alongside our existing loyal riders, we will lead the next revolution of two-wheeled freedom to inspire future riders who have yet to even think about the thrill of riding,” Harley-Davidson CEO Matt Levatich said in a statement.

Harley-Davidson will also open smaller storefronts in urban areas to broaden its appeal. And with sales rising in Asia and India, it said it’s developing smaller bikes with 250 to 500 cubic-centimeter engines to make them more accessible in those regions.

The company said LiveWire will be followed by more “twist and go” electric two-wheelers over the next few years that will be lighter and smaller. But the company has no plans to pull back on manufacturing its big bikes and its new products will include more technology-advanced Touring and Cruiser motorcycle as well.

In all, Harley-Davidson said it plans to release 100 new motorcycles over the next 10 years. During that time, the company also wants to gain 2 million new riders to reverse declining sales.

At the same time, riders are getting older. The Motorcycle Industry Council says the median age of U.S. motorcycle owners increased from 32 to 47 since 1990. About 46 percent of riders are over 50; only about 10 percent are 30-34.

Samantha Kay, a Milwaukee resident who recently learned to ride motorcycles, said she doesn’t picture electric motorcycles when she thinks of Harley-Davidson, but she welcomed news of the LiveWire.

“I would be more inclined to buy it than I would a traditional motorcycle,” said Kay, 25, adding that she rode a moped in high school and college and thinks the smaller, electric models would be easier to navigate in the city.

Those models being released in the coming years “will be incredibly approachable to many, many people,” said Robert Pandya, who managed public relations for Indian Motorcycles and Victory Motorcycles. Last year he launched “Give A Shift,” a volunteer group discussing ideas to promote motorcycling.

“It can fit into your life a lot easier,” he said of the smaller, electric models. “It might bypass licensing requirements in certain states, which is a real game-changer.”