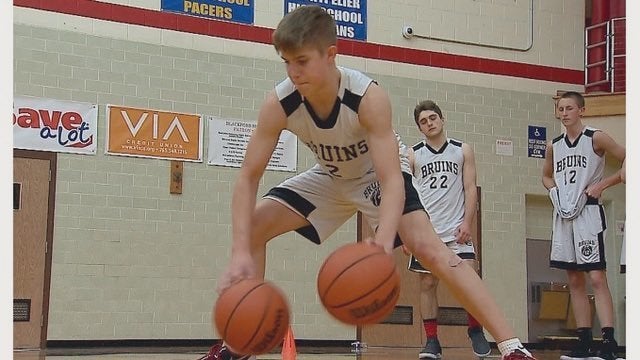 Hartford City, with a population of 6,000 people, regularly filled stands to near-capacity crowds for Bruins games this season.

“It’s amazing, you know, for all of us. We work really hard at practice, so to be able to have the fans turn out is truly a blessing,” Brown said.

Friday night, the Bruins won their 17th game of the season for the first time since the 1977-1978 season. Before the game, News 8’s Charlie Clifford talked to Brown and the Bruins fan section about the support of their city.

“I don’t really want them to focus on me or the team but the community. You know they formed around me as a new kid coming in and that’s one that I will remember personally, so I just want to thank them so much for that,” Brown said.