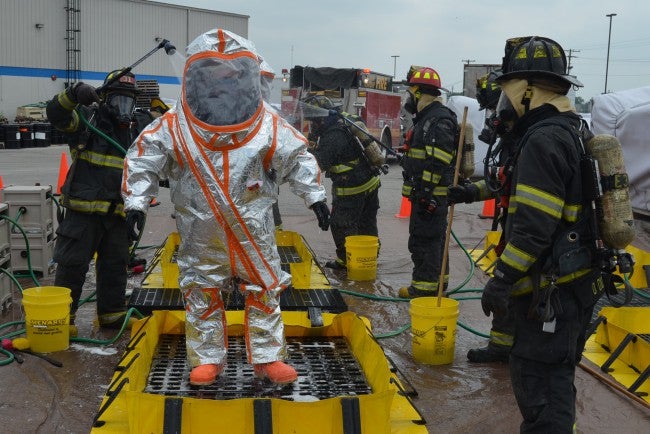 Crews were dispatched to Insituform at 1:55 p.m. after a possible fire was reported. Firefighters arrived to find light smoke and a hazardous materials spill. Workers at the plant told firefighters that a malfunction during a routine mixing caused two chemicals to ignite.

The fire was quickly put out, according to the Indianapolis Fire Department. Ten employees were nearby when the malfunction occurred, but no one was injured.

One pound of a styrene and peroxide mixture spilled.

“The mixing machine is a static 15 gallon round aluminum bowl that is approximately 3 feet tall and sits on a stand approx. 3 feet off the ground,” IFD public information officer Rita Reith explained in a media release. “The product when mixed, flows out of the bowl and into tubes. It is unclear what caused the ignition to occur. At the time it contained 1 lb of mixed product.”

Insituform creates cured-in-place pipe. The product is often used to help with aging or defective pipelines, according to the company.