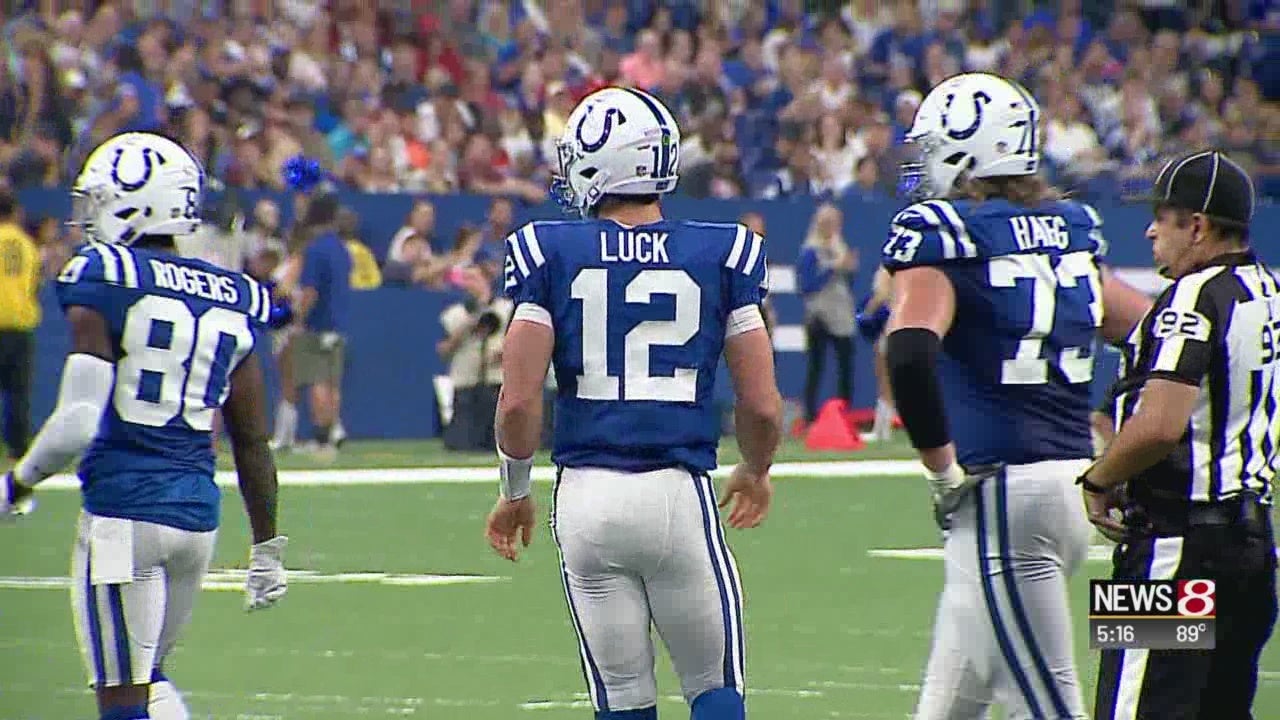 INDIANAPOLIS (WISH) — The week for final roster cuts started with a surprise at the Colts Complex. Starting quarterback Andrew Luck missed practice Monday due to a foot injury he sustained on the second to last play in Saturday night’s preseason game against San Francisco.

“He’s got a foot he’s dealing with so no big deal,” Colts head coach Frank Reich said. “(He) would play this Sunday if we had a game. It’s a foot, well actually he has two feet, but it’s just a little minor issue.”

Without Luck, the heat turned up on Monday. Reich’s been on both sides of NFL cut downs, first as a player and now as a head coach.

“First of all when you go in a game, you let it all hang out,” Reich said. “It’s your last opportunity and you just have to take the mindset that nothing’s gonna keep you from my dream, that I believe that what I put on tape and what I put on the field is good enough for this team.”

The veterans can sense a change this week in the locker room: less talking, more business.

“I don’t really know what to tell them. I mean I’ve been cut (laughs) so I just tell them they can’t just lose faith and lose confidence,” tight end Eric Ebron said. “They just have to continue to believe.”

The regulars will rest in the preseason finale Thursday at Cincinnati, but the rest of the Colts are busy doing math. On Saturday the roster drops from 90 players to 53 and the final spot at wide receiver and tight end appear to be up for grabs.

“You know, man, I just pray,” rookie wide receiver Daurice Fountain said. “I just leave it up to God. Whatever happens, happens. Obviously, I know at the end of the day I’m just going to do what I can just to get better.”

“I’ve been through this before and we’ve got awesome veterans here to lean on and ask questions,” tight end Ross Travis said. “It’s a great coaching staff that is going to prepare us so you just go out there and play your game.”

There is only one game left. After Thursday, there is no looking back.