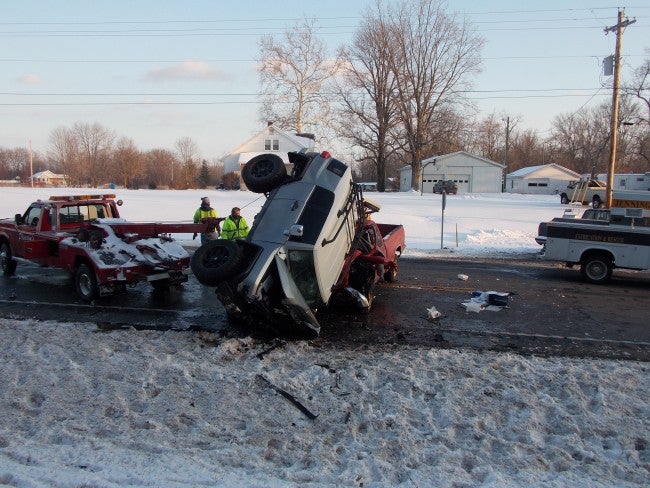 NORTH VERNON, Ind. (WISH) – A Seymour man was killed and a North Vernon man and woman were injured in a head-on collision on Tuesday evening.

Indiana State Police responded to the two car accident on US 50 and CR 240 West at approximately 5:30 p.m.

Police say a westbound grey 2009 Toyota SUV crossed the center line into the eastbound lane, hitting a red 1998 Chevy truck head-on. The SUV then reportedly went airborne and landed on top of the truck, trapping the occupants of both vehicles.

Michael D. Healy, 25, of Seymour, was extricated from his SUV and taken to St. Vincent Jennings Hospital – North Vernon, where he was pronounced dead.

Steven L. Luedeman, 61, of North Vernon, was flown to University of Louisville Hospital in unknown condition after being extricated from the truck.

Shacey M. Root, 17, of North Vernon, was also flown to University of Louisville Hospital with non-life-threatening injuries after her extraction from the passenger side of the truck.

A witness told police they saw the SUV passing several vehicles shortly before the collision.

Police are still investigating the accident.