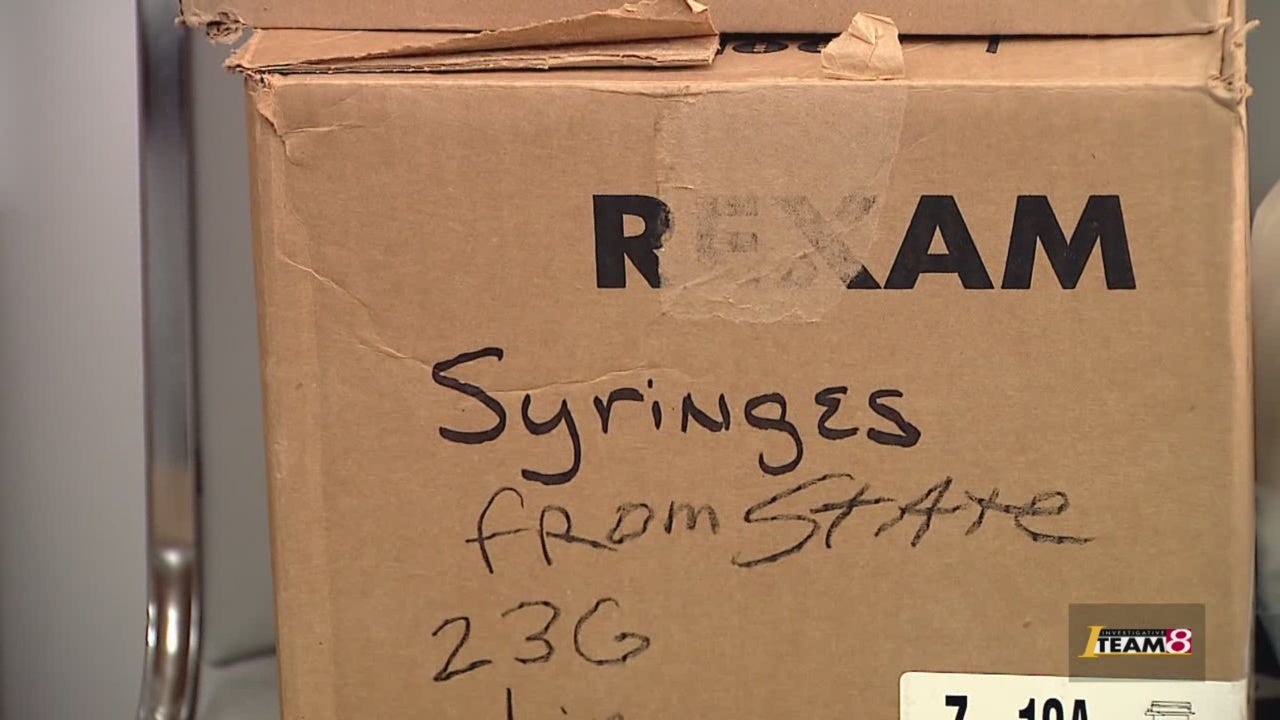 AUSTIN, Ind. (WISH) — Disagreements between two health agencies at the center of Indiana’s HIV crisis might have delayed state officials from finalizing a long-term plan to treat these patients, local officials tells I-Team 8.

The two agencies – IU Health and the AIDS Healthcare Foundation – have been serving HIV patients in Scott County for months. Nearly 170 people have been diagnosed as HIV positive since the crisis began earlier this year. Intravenous drug use has been blamed for helping spread the disease in southern Indiana.

But lately, infighting between physicians, HIV advocates and the state officials trying to broker a deal has complicated the effort to come up with a long-term plan, local officials say.

“It’s delayed it, yes,” said Brittany Combs, Scott County’s public health nurse. “I think it’s prolonged it because we have a lot of deliberations going on. So I think it’s definitely prolonged the plan. I know everybody, their number one concern is making sure people with HIV get the care they need.”

While the cause of the rift is not clear, Combs told I-Team 8 that IU Health made it clear they did not want to work with the AIDS Healthcare Foundation.

In mid-May, IU Health physicians abruptly moved out of Family Foundations Medicine, a local practice run by Dr. William Cooke after Cooke and the city of Austin partnered with AHF.

A month before that, Austin Mayor Douglas Campbell had written a letter to AHF, asking that it come help his troubled community.

When asked to explain why IU Health moved its practice into the Community Outreach Center, Combs said, “They told (Cooke) they didn’t want to work with AHF and Dr. Cooke had signed a contract with AHF, so (IU Health) needed a place to go.”

Reached by phone, Campbell told I-Team 8, “I am aware that they have issues,” but said he did not know the specifics.

IU Health officials did not respond to repeated questions asking about its concerns with AHF.

Instead, IU Health released a statement:

Indiana University Health is committed to the Scott County community and those HIV-infected or affected patients that need care. Our priority continues to be the health of the patients we care for. IU Health originally came to Scott County in March at the request of the Indiana State Department of Health, because of our expertise and experience in treating patients diagnosed with HIV. Our role in Scott County has been to provide screening, education and care to those members of the community who are HIV-infected or affected. We should all continue to work as a team to educate Hoosiers about HIV and encourage the people of Austin to seek testing and medical care.”

We are not in Indiana to play politics with public health.”

Sources who asked not to be identified given the sensitive nature of these talks acknowledged that differing philosophies on patient care may be one of the reasons IU Health officials are wary. AHF’s president, Michael Weinstein, has also opposed the use of certain drugs used in the treatment of HIV patients. In April, three former employees sued AHF in a Florida federal court, alleging that the agency was involved in a fraudulent scheme to secure government funds. An AHF insider denies that the case has merit.

In an interview last week, Deputy Health Commissioner Dr. Jen Walthall, was asked if her job had become made complicated by the alleged rift.

“I don’t think that there is a rift. I think that at the end of the day our patients here are being taken care of. We have wonderful results,” Walthall said, who after being pressed further said, “I think that it is challenging but we are always up for a challenge and I think we will be able to come to a solution that works.”

Tuesday night, those plans were expected to be unveiled during a public meeting in Austin to spell out “the transition planning process and long-term sustainability efforts,” according to a ISDH spokeswoman.

But sources tell I-Team 8 IU’s desire not to work with AHF may have negatively impacted the state’s department to quickly finalize plans for long-term care.

Just hours before that meeting, neither Austin’s Mayor Doug Campbell nor Combs knew what the state’s plans were.

When Combs was asked if it was troubling that she was kept in the dark, she said, “It’s just the way it works in public health. You know you have to roll with what you got.”

The Community Outreach Center, a building that has served as a hub for treating patients affected by the worst HIV crisis in state history, will close at the end of the month.

Scott County health officials were scrambling Tuesday to finalize plans for a new building that could house patient care, a needle exchange, counseling and additional resources. They hope to secure those plans in the coming days, according to Combs.

Residents in Austin, who identified themselves as being either infected with HIV or affected by the crisis, did not want to appear on camera but told I-Team 8 that they were sad to hear the Community Outreach Center would close.

One woman, who asked not to be identified, said she had benefited by seeking treatment there.

Combs said, after the state vacates the Community Outreach Center, the county cannot afford to remain where rent is nearly $10,000 a month, she said.