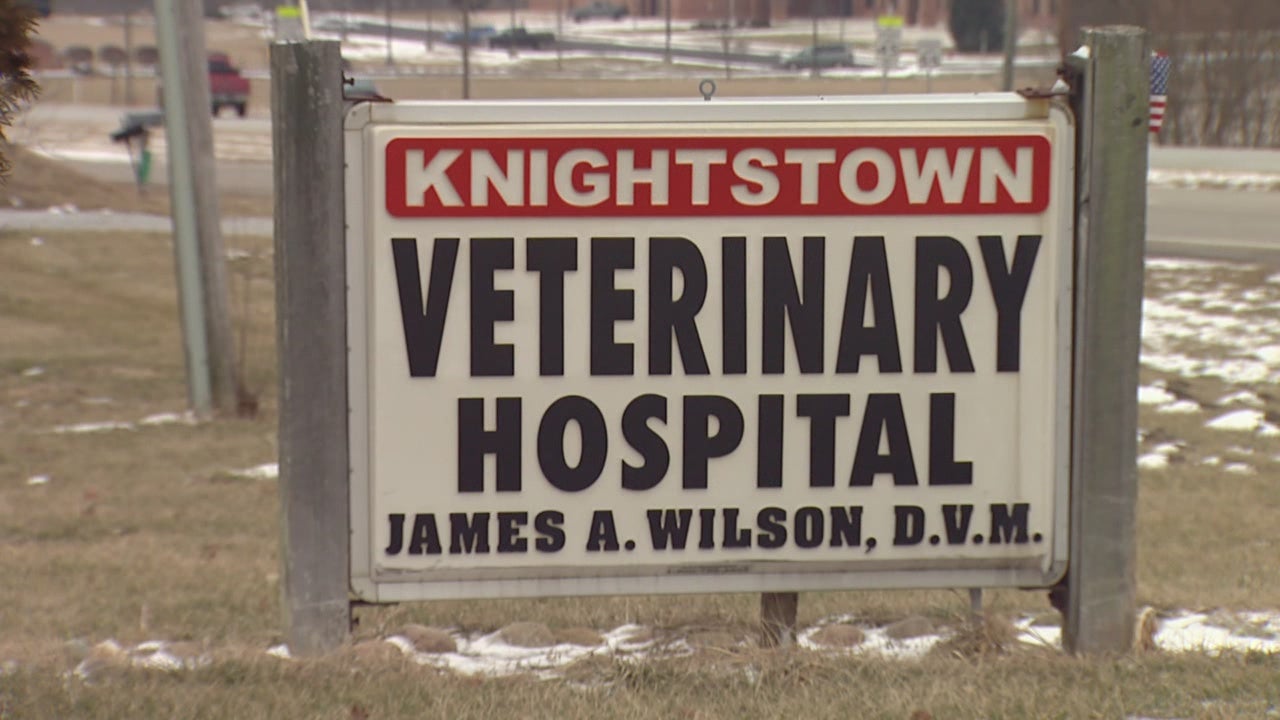 KNIGHTSTOWN, Ind. (WISH) — The Indiana attorney general has filed a complaint against a central Indiana veterinarian accused of inhumane euthanasia, and a disciplinary hearing has been set by the state board.

The complaint was filed in January for two incidents. The disciplinary hearing is scheduled for April 25 for Dr. James Wilson.

During that time, the Indiana Board of Veterinary Medical Examiners will address the complaint and determine what to do next with his license to practice.(Please note some of the details in the complaint can be graphic.)

James Wilson told 24-Hour News 8 he has been a veterinarian for 40 years. We stopped by his office in Knightstown, and he told us off-camera he had “no comment” and that the allegations are “ridiculous.”

Wilson is accused of putting two cats down in a way described as inhumane by the attorney general.

The complaint alleged that Wilson in February 2016 taped a cat’s front paws together with masking tape and then tied one of the cat’s back legs with twine to the examination table.

The cat’s owner told the vet, “Please don’t do that to her. Don’t treat her like that.”

The vet told her he needed to find a vein.

The owner of the cat was there with her father. The complaint shows the father asked the vet, “Why do you have her taped and stretched across the table?”

The vet responded saying that if the cat bit him, he would have to cut its head off and have it sent to a laboratory to have it analyzed. The complaint went on to allege the vet shaved the cat’s back leg and injected a white liquid and did not inform the father and daughter what substance he was injecting into the cat and how the act would react.

The complaint alleged the cat convulsed 10 to 15 times, flayed, gasped repeatedly with her tongue out, and twitched. The 15-year-old cat named Sweetpea was put down.

“I hate to hear things like that, because they’re part of the family, just as much as anybody,” said Larry Wheat, who lives in Knightstown.

Wheat is not involved in the complaint and doesn’t know the vet. He and his wife have three cats: Jasper, Simon, and Theo.

“We tried to take the best care as we can, to give them their shots feed them good food do the best we can for them because we want them to be healthy and happy,” he said.

The complaint then alleged last July Wilson stuck a cat in her back legs with a needle 15 times over the course of approximately 10 minutes.

The complaint shows the cat screamed and bit the owner in the nose. The owner told the vet, “Look just stop. I’ll take him home. I’ll put a bullet in his head. It would be a much kinder way for him to go.”

Eventually, Wilson put the cat down.

We learned from the complaint Wilson pleaded guilty in January and was convicted of failure to make, keep or furnish records.

A spokseperson for the Indiana Professional Licensing Agency told 24-Hour News 8 Wilson is on probation but can still practice under certain terms and conditions.