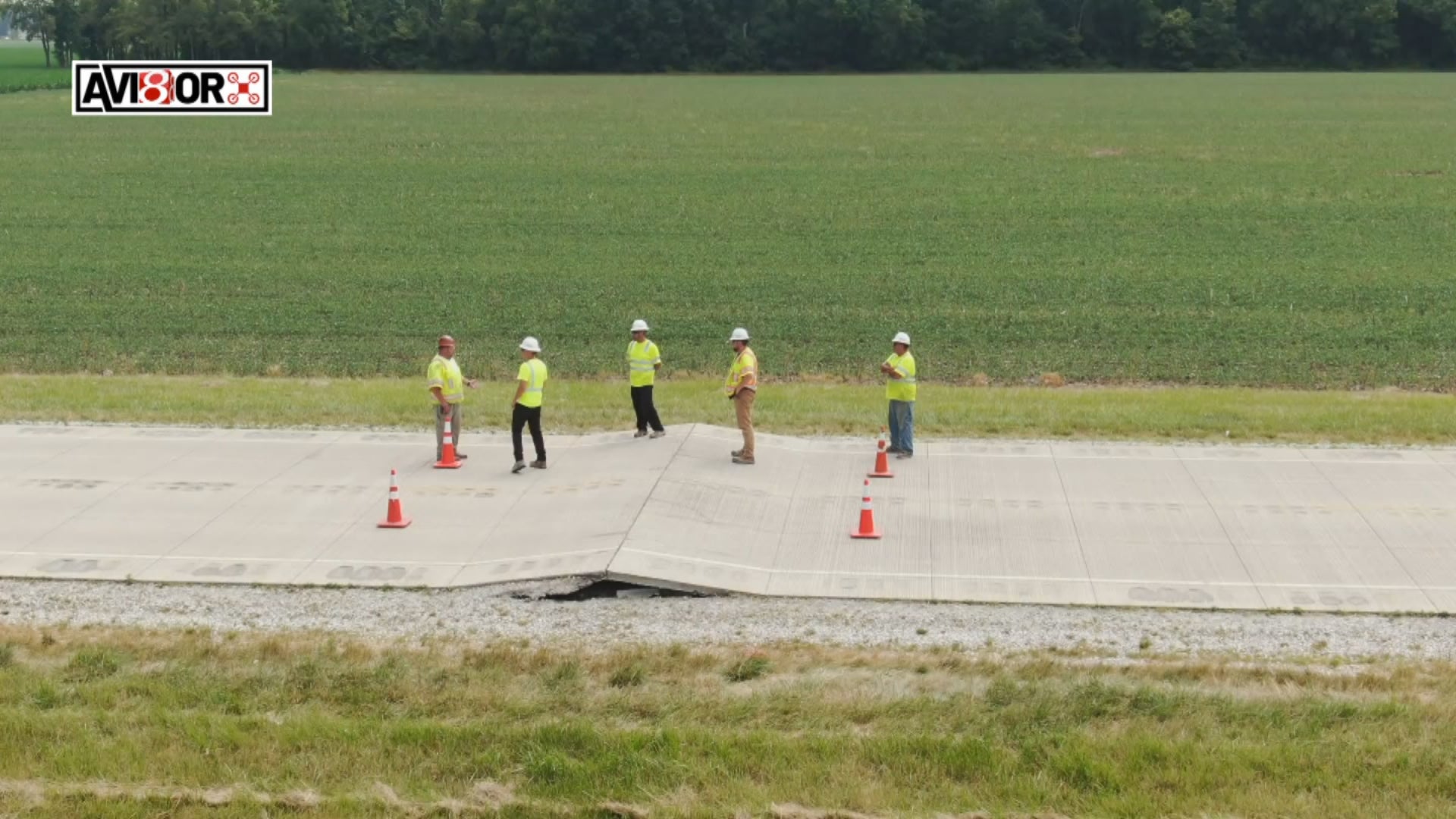 FAIRMOUNT, Ind. (WISH) — Testing was happening Friday afternoon in advance of the reopening of a section of a state highway that buckled 14 inches high Tuesday during extreme heat and humidity.

A spokesperson for the Indiana Department of Transportation division based in Fort Wayne says the section of road in Grant County west of Fairmount was expected to reopen Friday night if testing goes as hoped.

I-Team 8 reported Wednesday on the buckled road that had been closed. Intense heat had brought the temperature of the road surface to well over 100 degrees, then a brief but heavy rain had cooled the concrete and created an act of thermodynamic physics wizardry stopped traffic.

Tuesday’s high in Indianapolis was 99 degrees, the hottest in nearly a decade.