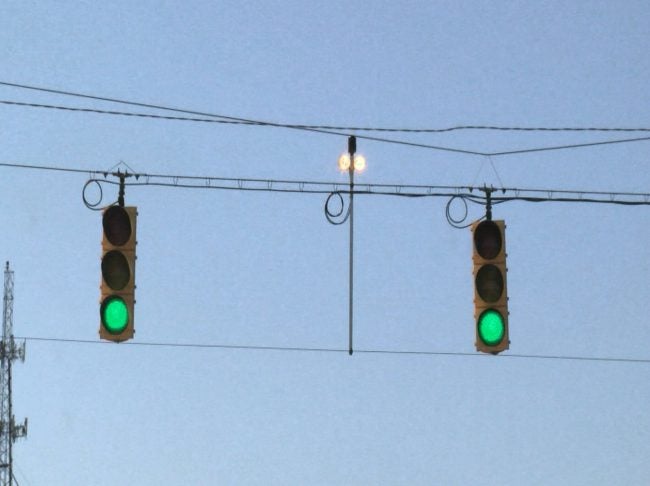 AVON, Ind. (WISH) — Police and firefighters in Hendricks Country are making a big push to teach people about something that could make everyone safer. It has to do with a traffic signal that emergency responders say many drivers seem to ignore.

Although they have been installed in Avon and other Hendricks County and central Indiana communities for about a decade, many drivers don’t know what a white light mounted above the traffic signal is for.

The light looks similar to a security light or a light on a bicycle mounted near the traffic signals.

It’s activated by fire, police units on their way to an emergency and its purpose is two-fold.

Firstly, the white light should alert drivers that first responders are in the area of the intersection.

Secondly, the sensor will control the traffic signal, either keeping a light green or changing it to green to allow those first responders through the intersection.

“This is meant to protect the public, plus the police officers. Even though all public safety is required to drive with due regard in emergency situations, both the fire and police, they can’t just turn on their lights and just drive haphazardly and run through the intersections,” Avon Police Chief Sean Stoops said.

Firefighters and police say if you have a green light you should proceed through the intersection and then pull over to the right to make sure it is clear for the responding units. Don’t just stop in your tracks.

“What tends to happen is people stop or they go to the left. They’re not quite sure what to do. So it’s still if you see the lights please pull to the right, but at these intersections, it’s proceed through the intersection and then get over to the right,” Karen Hendershot, director of public education for the Avon Fire Department, said.

First responders hope by teaming up and spreading awareness about these lights more drivers can look for them in their communities and will know how to better respond.

“Sometimes you’ll see the fire trucks and the police cars actually go onto the opposite side of traffic due to the fact that the intersection is all blocked up and so these are supposed to help reduce them having to do that,” Hendershot said.

Police and firefighters won’t use this feature when responding to every emergency, especially a traffic accident at an intersection, because they say they wouldn’t want to affect the traffic signals and cause any other issues in that area.