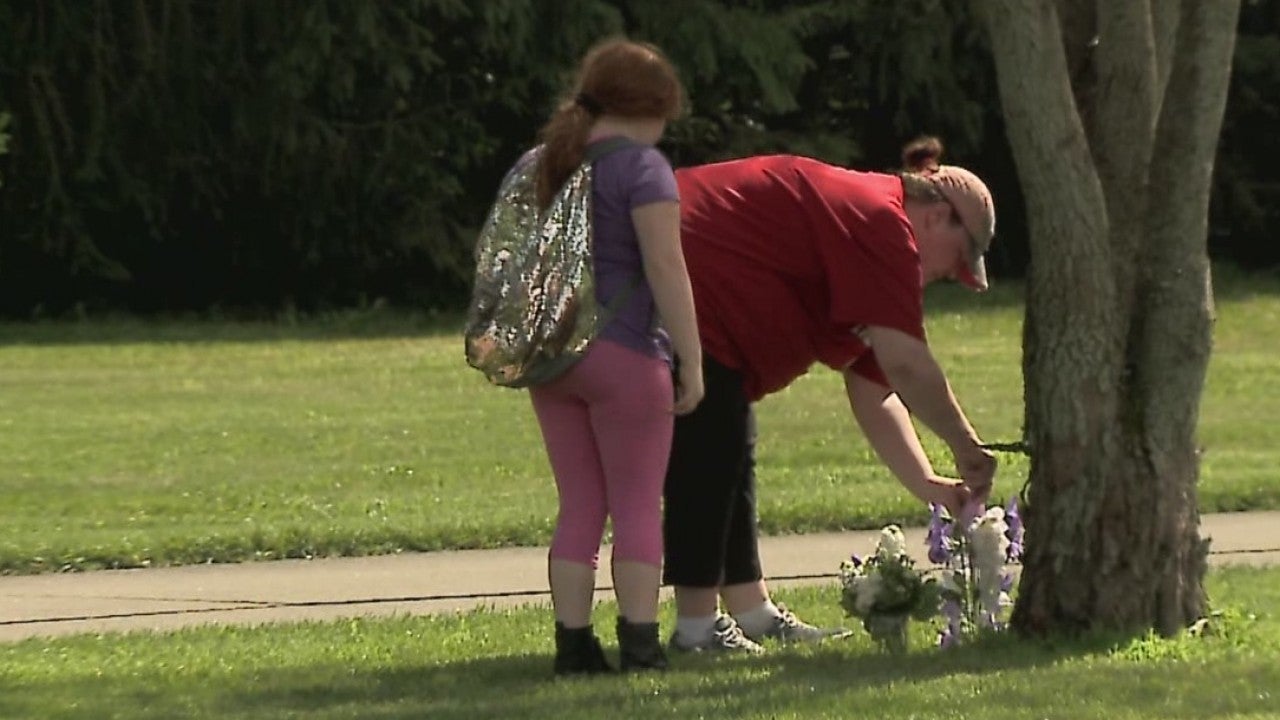 SHIRLEY, Ind. (WISH) — Members of a rural community in Henry County came out on Friday to mourn the loss of a family as authorities pieced together a Thursday night murder-suicide.

Henry County Sheriff Richard McCorkle on Friday identified those killed in the shooting as Justin Langdon, Amanda Langdon and 8-year-old Kendal Langdon. McCorkle said the father, Justin, was the shooter, killing his wife, Amanda, and daughter, Kendal, before turning the gun on himself.

It happened just after 11 p.m. Thursday in the 2400 block of North Mechanicsburg Road. It’s a rural area with a few homes near the intersection with State Road 38. The rural area is about two miles southeast of Markleville and halfway between Anderson and New Castle.

Henry County Coroner Steve Hacker told the Associated Press that all three died of gunshot wounds, believed to have been inflicted with Justin Langdon’s 9-mm handgun. He said the three bodies were found within 30 feet of one another by the garage outside their home near the town of Shirley, about 30 miles east of Indianapolis.

Friday evening, a makeshift memorial had been set up by a tree at the edge of the driveway. Dozens of people, some who knew the family and others who didn’t, left flowers, balloons and cards to remember the three lives lost.

“Something had to be wrong with him for him to do something like that,” said Ana Herndon, who brought her daughter, Jay-Lea, a classmate of Kendal’s, with her as they left behind flowers and a stuffed animal. “I have a neighbor coming down and she said ‘I can’t go yet.’ She said, ‘How come we live on the same road, but we didn’t know him? We didn’t really know him.’ I said ‘Because we’re all busy.’ It’s just sad that none of us knew what was going on and that we couldn’t help.”

One man could be seen placing a bouquet of yellow flowers at the base of the tree as he fell to his knees in tears and prayed.

“We are just feeling the pain and being heartfelt people,” said Shawna Stallsworth, who brought her 10-year-old daughter, Reagan, with her to pay their respects. “I think that the family needs something from the community saying that we are here for them and that we love them.”

We are beyond devastated and shocked at the news of Amanda, Kendal, and Justin’s deaths. Amanda enriched the lives of countless children and families through her work as a Licensed Mental Health Counselor. She cared for her clients with her whole heart. We hope to be able to help them through their grief with the same compassion Amanda showed to every person she encountered. All of us who worked along aside Amanda every day are trying to process this tragedy.  She was our colleague, but she is family. We grieve deeply for her.

Kendal attended Shenandoah Elementary School in Middletown and would have started third grade this Thursday. District officials tell News 8 they are discussing the need for counselors to be on hand next week to help students cope with the tragedy.

While McCorkle couldn’t say exactly why Justin killed himself and his family, he did say mental health played a huge role in this case and that there may have been signs that could have tipped someone off that there was a problem.

“Specifically, in this situation there was a problem and someone was distraught,” said McCorkle. “If they would contact us and let us know. We work very closely with our mental health people here in Henry County and with the hospitals. If you know someone is having a problem or suspect someone is having a problem, it’s not you ratting them out, it’s you’re trying to get them assistance.”

If you or someone you know is struggling with suicidal thoughts or intentions, call the National Suicide Prevention Lifeline at 1-800-273-8255.