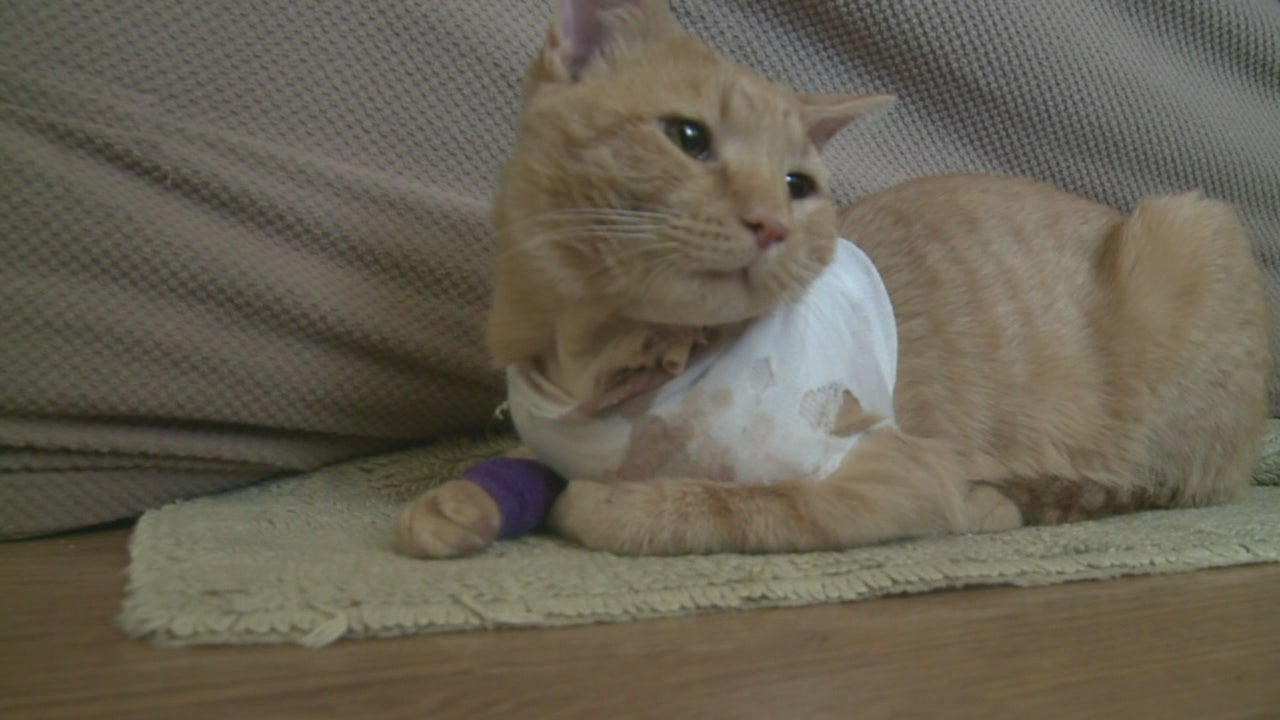 YORK, Penn. (CNN) – A Pennsylvania cat may have saved a little boy’s life, by taking a bullet.

It happened early Thursday morning. The cat, named Opie, was hit by a stray bullet that went through the window of his owner’s home.

The owner says the bullet went into the couch, through Opie, and then bounced around the room. She says it stopped in a pillow, just inches away from the family’s 3-year-old son.

The owner says she had the option of putting Opie down, but she decided against it. The vet says Opie had some muscle damage, but is expected to be OK.