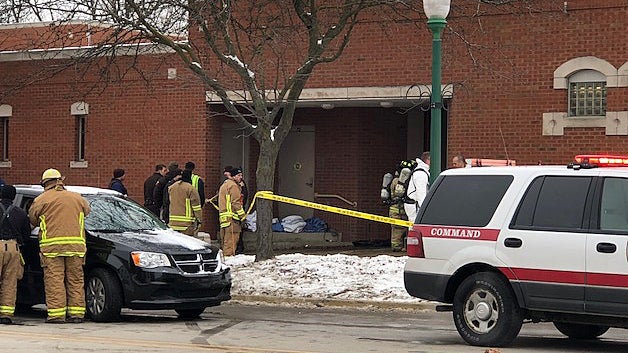 COLUMBIA CITY, Ind. (WANE) More than 20 people, including inmates, police officers and the Whitley County sheriff, were sent to a local hospital Monday after they were exposed to heroin in the booking area of the Whitley County Jail.

Around 12:30 p.m., jailers found a “substance” on a woman who was being processed into the jail in the intake section. The substance reportedly contaminated the area and affected the confinement officers, police officers and inmates in the area.

There were no major medical issues associated with the contamination, officials said. The two major complaints were rashes and red eyes.

On Tuesday, police said the “substance” was heroin.

Indiana State Police were also on the scene. ISP Spokesperson Sgt. Ron Galaviz said a state trooper arrested two people, a 52-year-old man from Chicago and a 44-year-old woman from Chicago, on U.S. 30 and Wolf Road in Whitley County after they were caught going more than 100 miles per hour.

He said when the female was brought to jail she was being patted down by a female confinement officer. While that was happening Galaviz said at least one baggie of a white powdery substance found on the female inmate somehow opened up and contaminated the air. Police are still investigating how exactly the contamination happened.

Galaviz said the identities of the inmates are not being released now because ISP’s investigation is ongoing.

Several firefighters along with a Fort Wayne Fire team and the Fort Wayne Allen County Regional Hazardous Materials Response team were called to the jail to handle the situation. A cleaning crew was also called in.

By 6 p.m., the jail was operational and open, officials said.

West Market Street and Main Street in front of the jail were closed to traffic while officials worked.