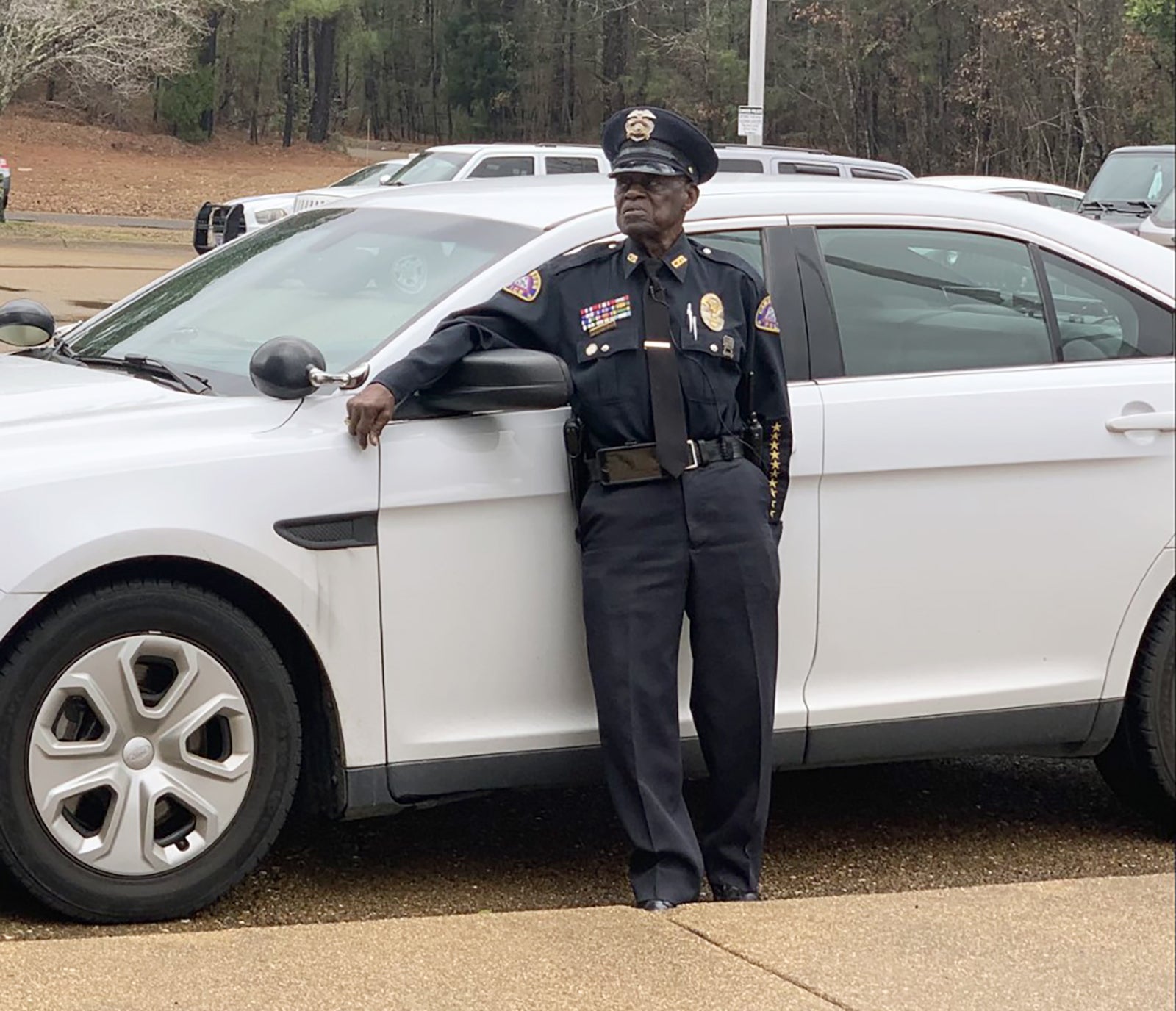 (CNN) — Where do you see yourself at the age of 91? Working, with no plans to retire, may not be the first thing that comes to mind.

But for one Arkansas police officer, he wouldn’t have it any other way.

L.C. “Buckshot” Smith has worked in law enforcement for more than 56 years, and with his 92nd birthday coming up in May, he says he’ll retire “when the good lord says so.”

“Buckshot” Smith, from the small town of Camden, Arkansas, was a sheriff deputy for 46 years before he retired — retirement that lasted for just a few short months. He quickly realized he missed the work.

The beloved officer is known throughout town. Everyone stops to talk when they see him, says Public Relations Officer Dana Weatherby.

“Buckshot” Smith said he loves the excitement of being a police officer and that’s what prompted him to join the force in the 1960s.

Texann Shadden, a training coordinator at the department, describes “Buckshot” Smith as dedicated. He recalls a year when the snowfall was so bad that “Buckshot” Smith walked about three blocks to work in the snow because he couldn’t get his car out.

It’s obvious that “Buckshot” Smith is not a “still person,” which is how Weatherby sees his work ethic.

From being described as instrumental to annual festivals in Camden, being a court bailiff, conducting the neighborhood watch and sending himself on calls when he hears them come across his radio, “Buckshot” Smith is a cherished member of the force.

“Buckshot” Smith’s many years on the force and his knowledge of the town come in handy, Shadden said.

On the three days of the week “Buckshot” Smith isn’t enforcing the law, he likes to attend church services and spend time with his lady friend.