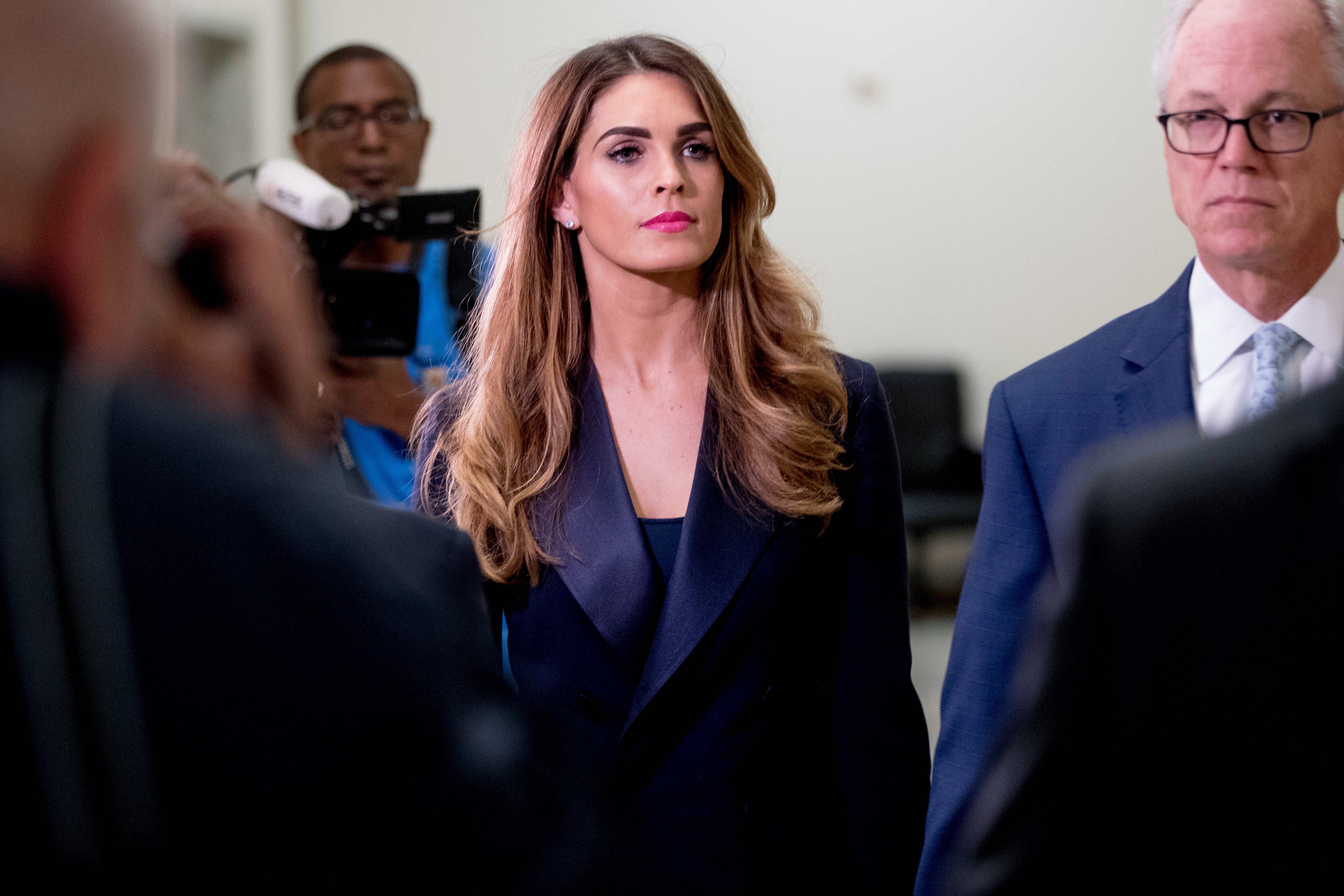 WASHINGTON (AP) — Former top White House adviser Hope Hicks refused to answer questions related to her time in the White House in a daylong interview with the House Judiciary Committee, dimming Democrats’ chances of obtaining new or substantive information about President Donald Trump in their first interview with a person linked to his inner circle.

Frustrated Democrats leaving the meeting Wednesday said Hicks and her lawyer rigidly followed White House orders to stay quiet about her time there and said they would be forced to go to court to obtain answers.

House Judiciary Committee Chairman Jerrold Nadler, D-N.Y., said Hicks’ lawyers asserted the White House’s principle that as one of Trump’s close advisers she is “absolutely immune” from talking about her time there because of separation of powers between the legislative and executive branches. Nadler said that principle is “ridiculous” and Democrats intend to “destroy” it in court.

Nadler said the committee plans to take the administration to court on the immunity issue, and Hicks’ interview would be part of that litigation.

In a letter Tuesday to Nadler, White House counsel Pat Cipollone wrote that Trump had directed Hicks not to answer questions “relating to the time of her service as a senior adviser to the president.” The White House has similarly cited broad executive privilege with respect to many of the Democrats’ other investigative demands, using the president’s power to withhold information to protect the confidentiality of the Oval Office decision-making process.

Hicks did answer some questions about her time on Trump’s campaign, the lawmakers said, but they said they learned little that was new.

“She’s objecting to stuff that’s already in the public record,” California Rep. Karen Bass said on a break from the interview. Rep. Pramila Jayapal, D-Wash., called her answers “a farce.”

California Rep. Ted Lieu tweeted about the meeting while it was ongoing, writing that Hicks refused to answer even innocuous questions such as whether she had previously testified before Congress and where her office was located in the White House.

In all, she was behind closed doors for eight hours, with an hourlong break for lunch.

Democrats pressed Hicks on episodes she might have witnessed as one of Trump’s closest advisers. During questioning about the campaign, Rep. Madeleine Dean, D-Pa., said she asked Hicks if she had been aware of any outreach from the Russians. After Hicks responded no, Dean named apparent contacts, such as emails, some of which are mentioned in special counsel Robert Mueller’s report. Hicks said she hadn’t thought those contacts were “relevant,” according to Dean.

Republicans had a different perspective, saying she was cooperative and the interview was a waste of time, especially in light of Mueller’s two-year investigation. The top Republican on the panel, Georgia Rep. Doug Collins, said after the interview that the committee “took eight hours to find out what really most of us knew at the beginning.”

Hicks was a key witness for Mueller, delivering important information to the special counsel’s office about multiple episodes involving the president. Mueller wrote in his report released in April that there was not enough evidence to establish a criminal conspiracy between Trump’s 2016 campaign and Russia, but said he could not exonerate Trump on obstruction of justice. The report examined several situations in which Trump attempted to influence or curtail Mueller’s investigation.

One lawmaker who was in the room said Hicks would not answer many of those questions. The person requested anonymity to discuss the closed-door interview.

As Hicks spoke to the committee, Trump tweeted throughout the day. He said the interview was “extreme Presidential Harassment,” and wrote that Democrats “are very unhappy with the Mueller Report, so after almost 3 years, they want a Redo, or Do Over.”

He also tweeted that it was “so sad that the Democrats are putting wonderful Hope Hicks through hell.”

Trump has broadly stonewalled House Democrats’ investigations and said he will fight “all of the subpoenas.”

House Speaker Nancy Pelosi is taking a methodical approach to investigating Trump. More than 60 lawmakers in her caucus — including around a dozen on the Judiciary Committee — have called for opening an impeachment inquiry, but she has said she wants committees to investigate first and come to a decision on impeachment later.

While Trump has continued to block their requests, Democrats have recently made some minor gains, such as the Justice Department’s agreement to make some underlying evidence from Mueller’s report available to committee members.

The Judiciary panel wanted a higher-profile interview with Hicks, subpoenaing her for public testimony. But they agreed to the private interview after negotiations. A transcript of the session will be released in the coming days.

The committee has also subpoenaed Hicks for documents, but she has only partially complied. She agreed to provide some information from her work on Trump’s campaign, but none from her time at the White House because of the administration’s objections.

Schiff wouldn’t give a date for the interview, but another person familiar with the meeting said it will happen Friday. The person requested anonymity to discuss the private interview.

Sater worked with Cohen on a Trump Tower deal in Moscow before the 2016 election. The project was later abandoned.

Schiff said the committee will also talk to “other witnesses related to Moscow Trump Tower” in future interviews.