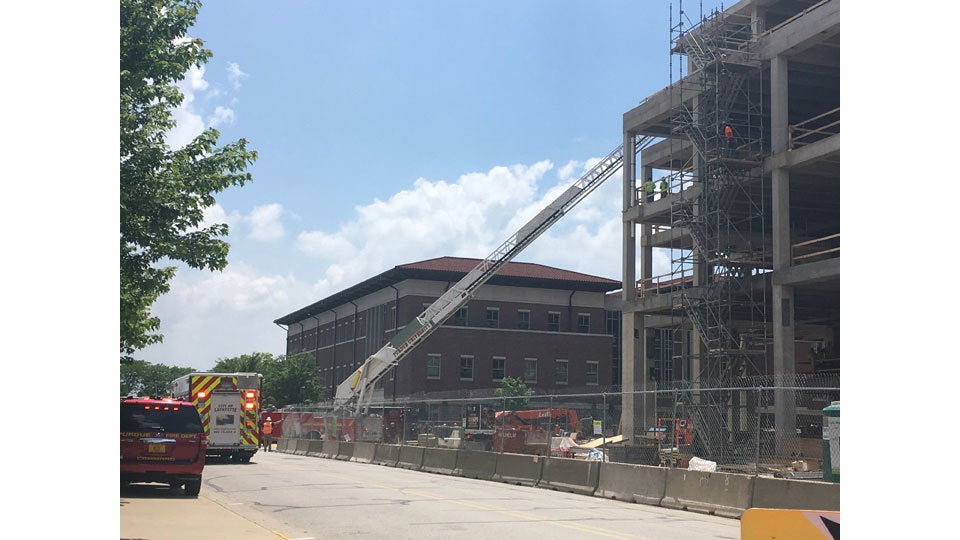 According to Tim Doty, Purdue director of public information and issues management, officials around 1:40 p.m. Thursday received a call of an injured worker at the Agricultural and Biological Engineering building construction site.

Crews were moving loads of plywood when an unnamed female worker on the fifth floor was struck in the lower body.

The worker was taken to IU Arnett Hospital with injuries not considered to be life-threatening.